By Erasing Our History, What Do We Change? 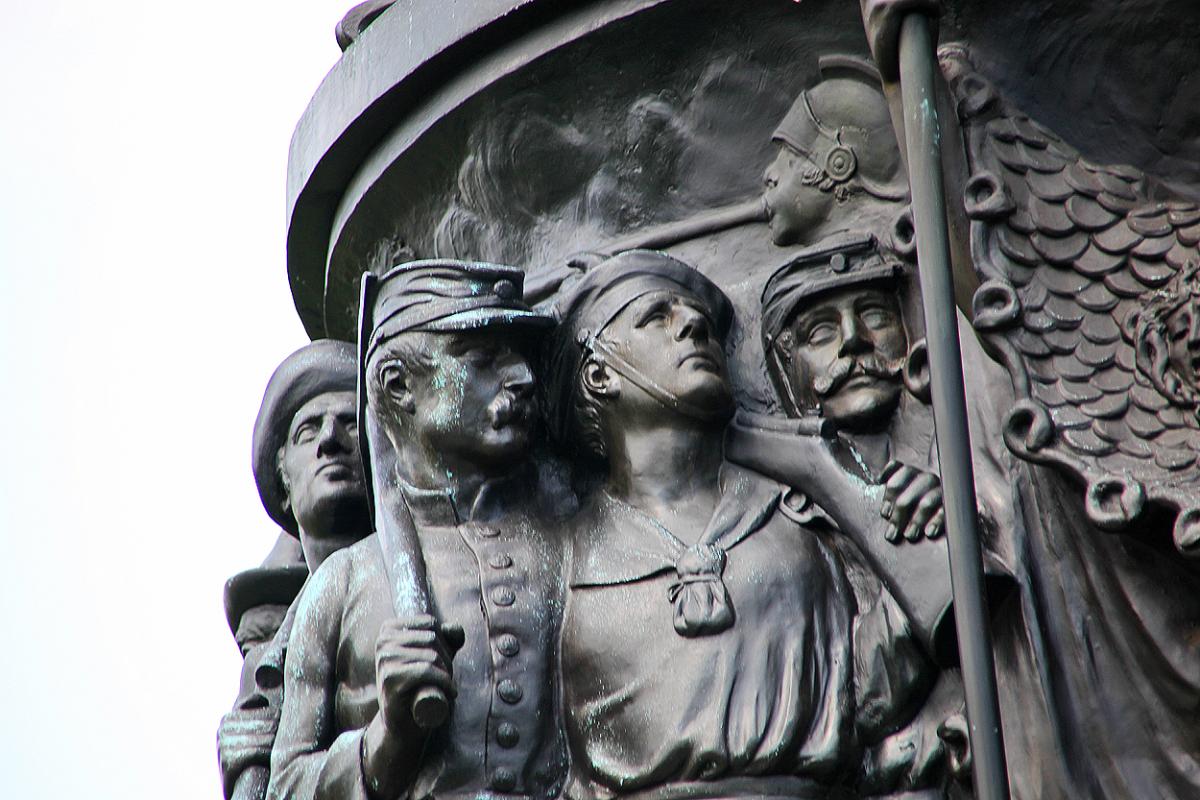 The disturbing events last weekend in Charlottesville have, not unsurprisingly, triggered an emotionally charged national uproar that’s lasted long after the final tiki torch flamed out in the warm summer breeze.

Viral photos of swastika-wielding white supremacists clashing with masked left-wing protesters ripped the lid off old cans of worms that have now spilled into every nook and cranny of social media and public discourse. And in the midst of the social debate over neo-Nazis and Antifa, the KKK and Black Lives Matter, is a renewed effort by some to do what others have been demanding years – that we tear down the slew of Confederate symbols that pepper hundreds, if not thousands, of big cities and tiny towns across our nation.

It’s been less than a week, and already, a statue of a Confederate soldier has been toppled by protesters in Durham, North Carolina. Baltimore officials removed their city’s four Confederate monuments by cover of darkness Tuesday night. A Republican senator from Mississippi is calling for a Confederate battle symbol to be removed from its place on the state flag.

If we’re being honest, there are some legitimate points to be made on both sides of this argument.

On the one hand, removing Confederate statues might signal to some an acceptance that the era of slavery and oppressive Jim Crow laws is over, and that our nation is no longer interested in memorializing men who once fought for, among many other things, a state’s right to allow legalized slavery, arguably one of the most horrific human rights atrocities ever committed in the history of mankind.

On the other hand, the removal of Confederate statues, memorials, and emblems from public view could easily signal to others a whitewashing of Southern heritage and history, and a dangerous erasure of a dark yet vital time in the unalterable American story.

Of course, it’s an undeniable truth that removing Confederate statues will not satisfy the left’s thirst for purging our nation of anything that may be distasteful to the more easily offended. Any likeness of Christopher Columbus wouldn’t stand a chance – a national holiday bearing his moniker is already teetering on the brink of national expulsion. Tributes to Andrew Jackson would likely be next, spurred on by calls from Native Americans who could rightfully claim that the Trail of Tears was no better than the enslavement of blacks, irrelevant of Jackson’s otherwise historical significance.

Busts and paintings of Franklin D. Roosevelt would have to go – after all, nearly 120,000 Japanese were forced into internment camps during World War II under his presidency.

Harry Truman would likewise be shunned, as any memorial to a president who dropped an atomic bomb on some 200,000 innocent Japanese civilians would simply be intolerable, regardless of however many lives it saved in the process.

Many of the Founding Fathers would inevitably be placed on the master list of eliminable figures. If the mere visage of Stonewall Jackson or Robert E. Lee is so intolerable, how could we stand the sight of slave-owners like George Washington and Thomas Jefferson, who, yes, helped found the most liberated nation on earth, but whose comfortable personal lives were built largely on the whip-scarred backs of black men? More than half of Washington D.C. would need to be renamed or leveled, and Mount Rushmore may as well be blasted into gravel.

For better or worse, history is a beautiful, ugly, unchangeable twist of momentary decisions seen clearly only through hindsight, simultaneously filled with the terrible deeds of terrible men, and the noble deeds of terribly flawed men. To eliminate any statue, painting, bust, monument or symbol of anyone who ever committed an offensive act would require banning all statues, paintings, busts, monuments and symbols. There are no perfect men.

So perhaps the question is not one of whether these monuments or emblems deserve a place in our city streets or courthouse squares, or of which men were righteous enough to warrant such a mention versus those who committed a few too many sins. Perhaps the greater question is: what would removing them solve in the first place?

Do we genuinely think that tearing down a bronzed statue of a long-dead general from a city street will heal the gaping racial wounds in our nation? Do we truly expect that simply changing the Mississippi state flag will soothe the sting for those few who still remember Jim Crow? Do we honestly believe that the inexplicable racial hatred of the Ku Klux Klan is so simple, or that the deeply-rooted resentment of a relatively few blacks who refuse to bury the hatchet of slavery is so transient, that they can finally be put to rest by simply removing a few stone monuments?

On the contrary, erasing any mention of our nation’s flawed history in order to assuage those who may be offended would only serve to embolden those on both sides of the ideological fence looking for an axe to grind. Tearing down monuments of the South’s military history would likely invigorate the already volatile few who still believe their Anglo heritage lends them some sort of ethnic superiority, and it would arguably inspire more. Rip down a statue and they'll simply rally somewhere else, only more loudly.

Similarly, any well-intentioned effort to purge our nation of potentially bothersome historical reminders would never be enough to satisfy those on the other side whose primary problem is not that they’re offended, but that they actively seek to be offended, and make no attempt to feel otherwise.

Ultimately, it should be left up to the people of each state and locality to determine what historical monuments they will permit, Confederate or otherwise. But at the end of the day, it’s not the statues, or the flags, or the cemeteries that need changing. It’s our hearts.