‘Enough is Enough’: Megyn Kelly Slams Ferguson Protest as ‘Based Upon a Lie’ 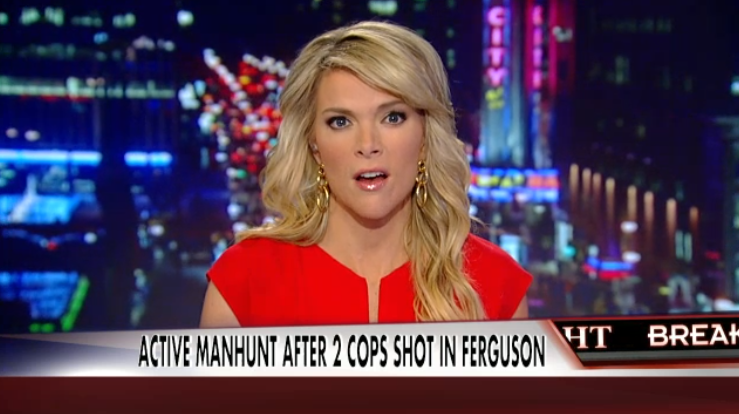 On last night’s The Kelly File, Fox News’ Megyn Kelly sounded off on the national conversation surrounding the shooting of two police officers in front of the Ferguson Police Department during a protest on Thursday.

She blasted pundits and politicians for attacking cops across the country, “fanning the flames" of “a protest movement based upon a lie.”

“You would think the risks [cops are] facing would be the focus of the national conversation today," Kelly said. "You would be wrong."

"Today, the conversation consisted of a quick expression of sympathy for the injured officers followed by a long justification for a protest movement based upon a lie.

"For months, a segment of our political leaders and pundits attacked cops across this country based on the myth that 18-year-old Michael Brown was shot in the back by a cop while surrendering with his hands up.

“We saw members of Congress on the steps of the U.S. Capitol, hands in the air, saying, ‘Hands up, don’t shoot.’ And if one of them has so far apologized for misleading America, we haven’t heard it..."

She went on to say,

“Enough is enough. Institutional racism is a real problem, but fanning the flames, rushing to judgment, and failing to provide context is also deeply problematic and dangerous, and it needs to stop.”

"Everyone needs to be more responsible in how they approach this issue," Kelly concluded.

Watch her fiery remarks below.