“Enough is enough,” The tweet reads. “In light of the problems that have emerged in the implementation of the delegate selection plan and in order to assure public confidence in the results, I am calling on the Iowa Democratic Party to immediately begin a recanvass.” 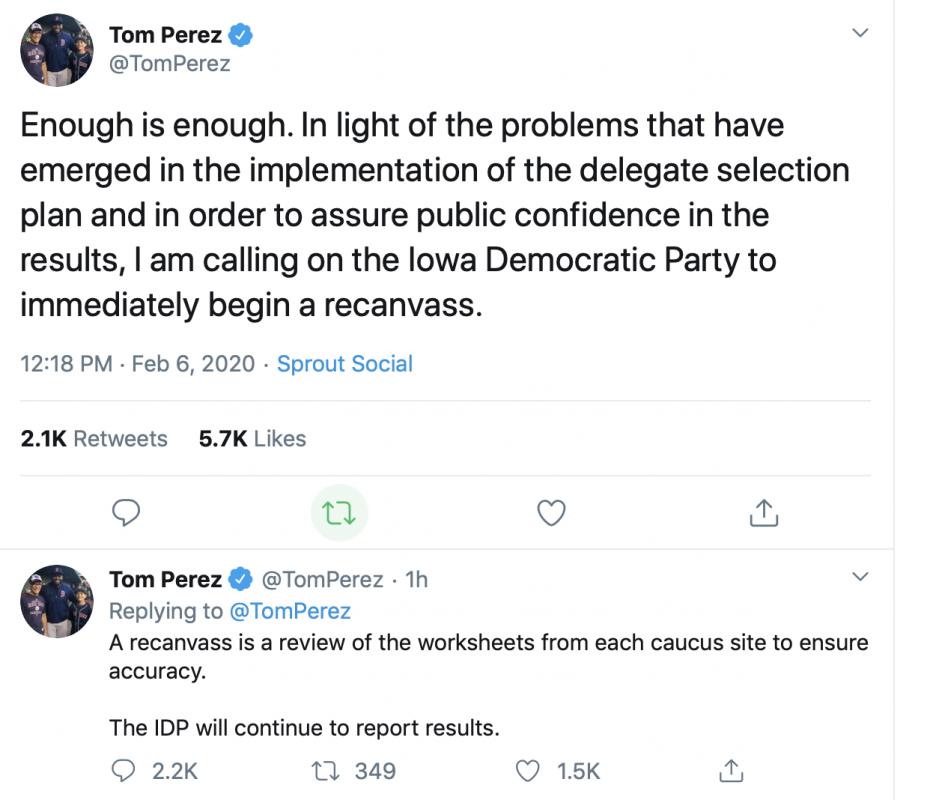 Instead of its intended purpose of bringing some clarity to the overall confusion as to a definite front runner in the Democratic Party’s bid for the presidency, the Iowa caucus’ failure to quickly produce results has cast into question the very integrity of the process itself.

As of Thursday, the results currently stand with 96% of the precincts having reported, former Mayor of South Bend Pete Buttigieg and Vermont Senator Bernie Sanders are still neck and neck, with Buttigieg holding a mere 0.1% of the vote over Sanders.