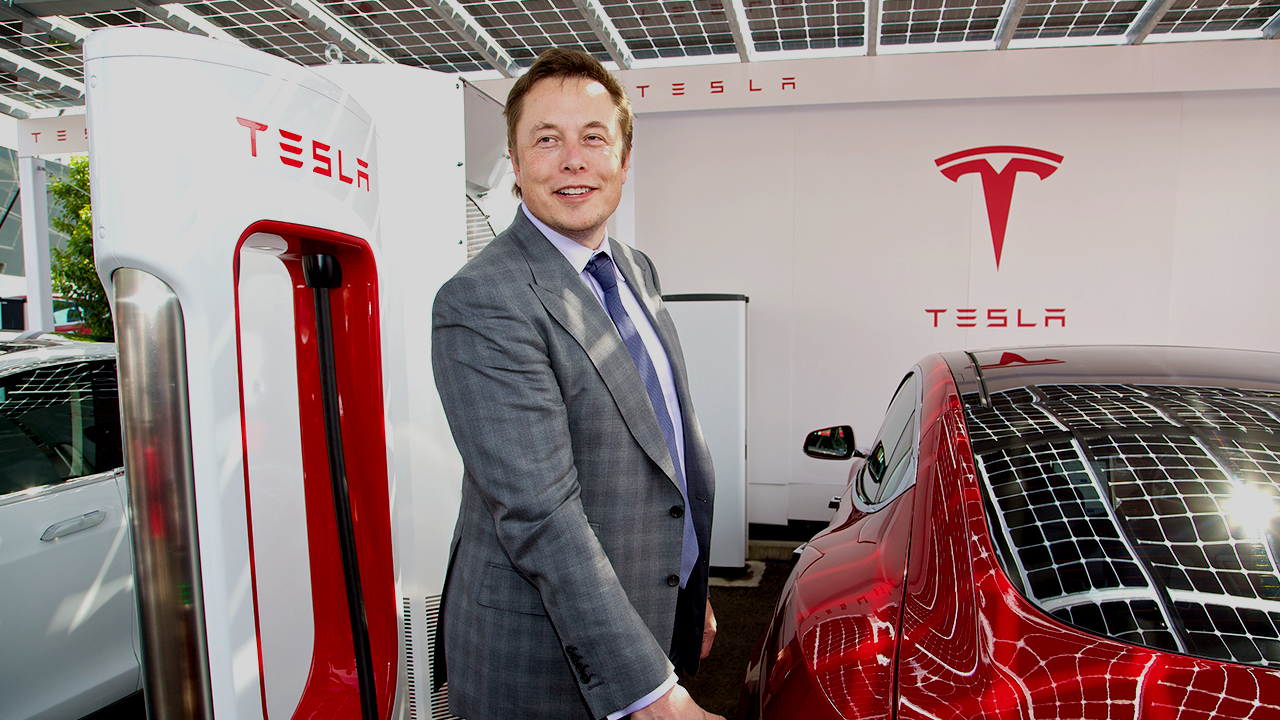 On April 30, Tesa Motors CEO Elon Musk gave a keynote on his new product known as the Tesla Powerwall. The product costs about $3,500 and is currently available. It’s a sleekly designed device and you can have up to nine power walls per household. Each Tesla Powerwall can deliver either 10 kWh per week or 7 kWh per day for $3,000.

“Powerwall is a home battery that charges using electricity generated from solar panels, or when utility rates are low, and powers your home in the evening. It also fortifies your home against power outages by providing a backup electricity supply. Automated, compact and simple to install, Powerwall offers independence from the utility grid and the security of an emergency backup.”

Enough energy to power a single family home for 1.8 billion years or supply energy to a nuclear power plant for 2,300 years (or launch the Falcon 9 rocket seventeen million times).

Of all the fossil fuel consumed in the United States, one third is used in transportation and another third goes to electricity production. The US electric power sector alone produces over 2,000 million metric tons of CO2 which is like burning 225 billion gallons of gas. The EPA says it would require 1.6 billion acres of US forest to negate the environmental damage.

What if we could move the electricity grid off of fossil fuels and towards renewable energy sources?

Once we’re able to rely on renewable energy sources for our power consumption, the top 50% of the dirtiest power generation resources could retire early. We would have a cleaner, smaller, and more resilient energy grid.” 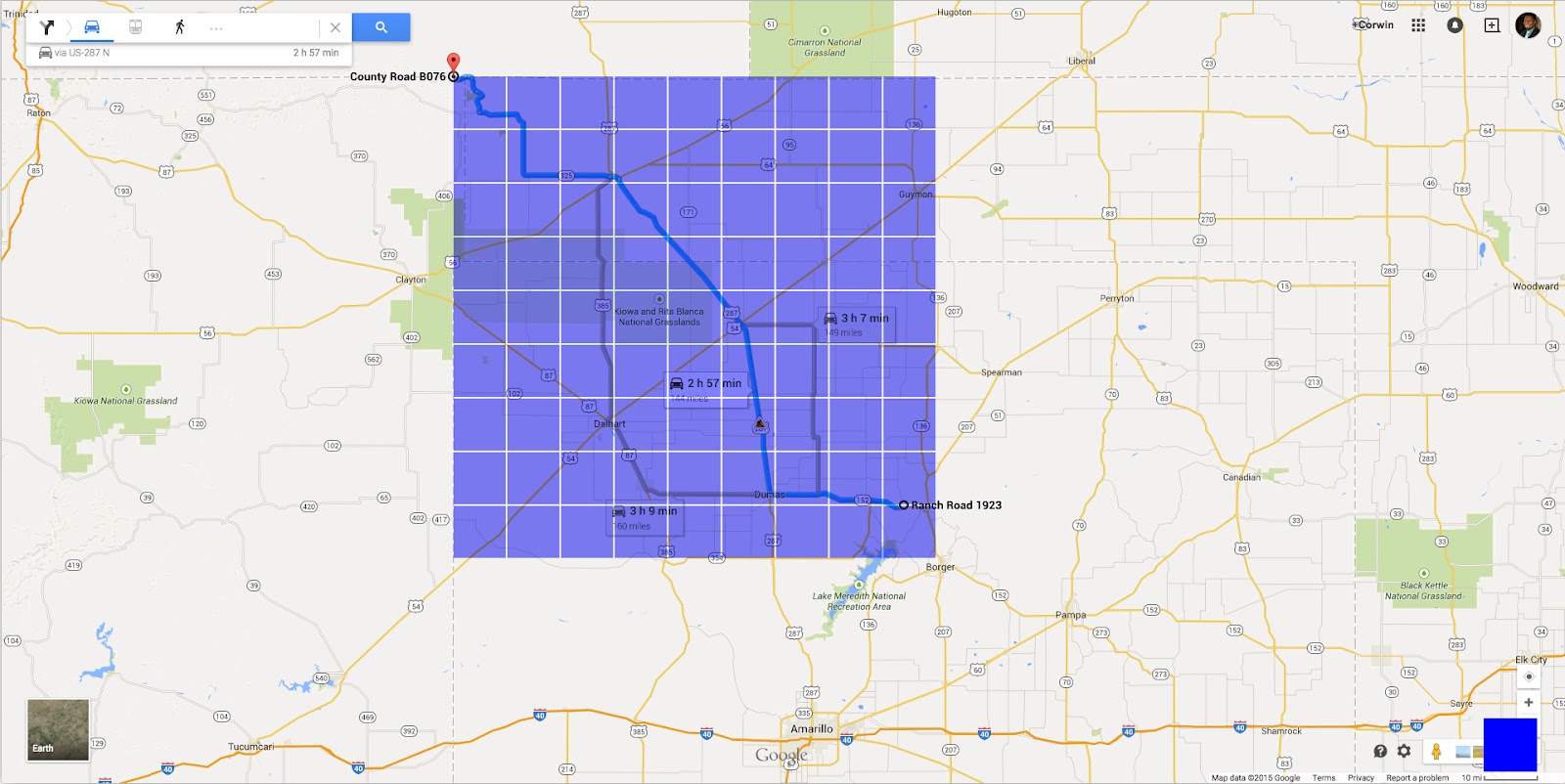 In the diagram above, Musk says that the “blue square” in the upper corner of Texas is “the land area that’s need to transition the United States to a zero carbon electricity situation.” He claims that most of that area will consist of solar panels on roof tops of existing homes and buildings. There will not be a need to disturb land or find new locations, according to Musk. Judging by the look of that “blue square, it would make up approximately 8,100 square miles. Sorry, but I had help from Google Maps. Each smaller blue square is about 10 miles according to legend at the bottom left of the screen. 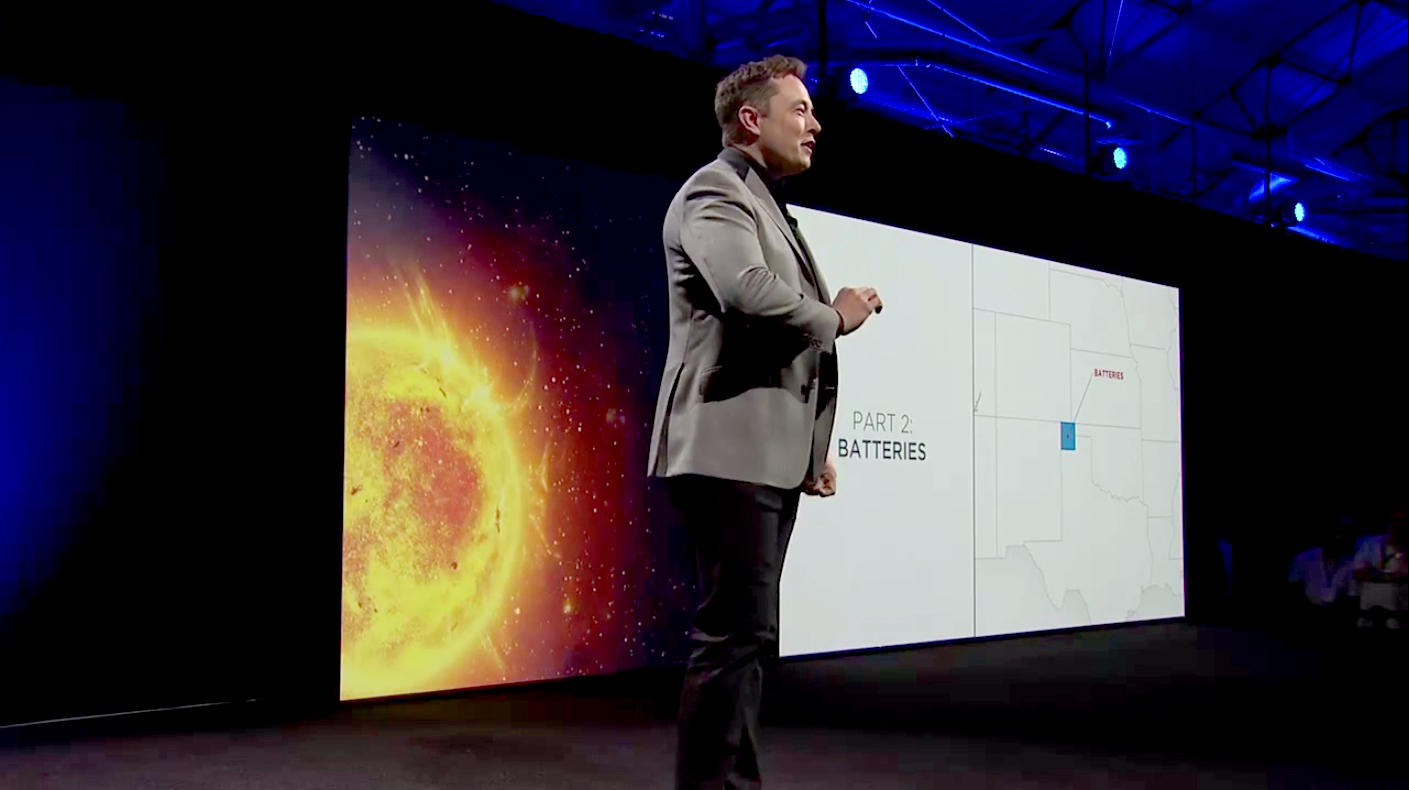 In the middle of that “blue square” is what Musk calls “one red pixel.” Musk says “that is the size of the batteries needed to transition all of the United States to being solar with batteries.” These batteries in the “red pixel” are one of Tesla’s new products, the Tesla PowerPack. The Power Pack is designed to be infinitely scalable. Each PowerPack can be scaled up from 100 kWh to 10 MWh or even higher. Ten thousand of these babies and you get a GWh. Yes that’s a gigawatt hour. With this, you can almost time travel. All you would need is a Delorean and a flux capacitor. (“Back to the Future” Reference)

For The Average Consumer

This all sounds great right? Well let’s take it a step further. According to the US Energy Information Administration (EIA):

“In 2013, the average annual electricity consumption for a U.S. residential utility customer was 10,908 kilowatt-hours (kWh), an average of 909 kWh per month. Louisiana had the highest annual consumption at 15,270 kWh, and Hawaii had the lowest at 6,176 kWh.”

When you Google search “price for solar panels,” you get a list of different solar power websites as you would expect – but, you also get a Google Card that says:

“With Wholesale Solar's current pricing (Jan. 2015), a medium sized gridtie system that generates about 815 kWh a month would cost about $10,500 BEFORE the 30% federal tax credit and rebates offered by your state or utility company. This particular system includes twenty four solar panels.” 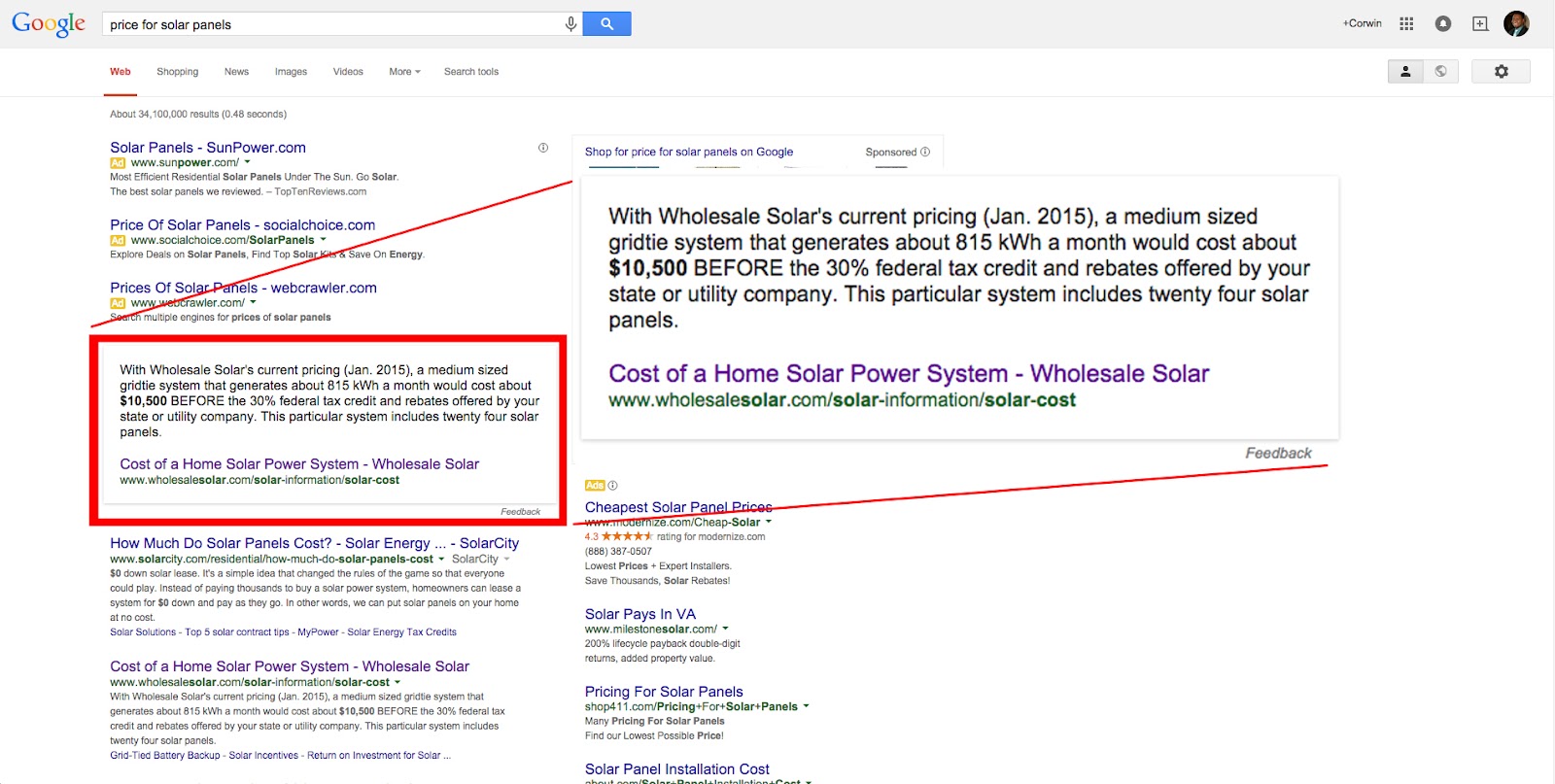 When spending the $10,500 to purchase this twenty-four solar panel system, you get 815 kWh which is close to the average amount of power used in a one month of 909 kWh. Now, let’s find the price of getting a Powerwall and the solar panel system. Apparently, according to wholesalesolar.com, mentioned in the image above, it cost $10,500 before a 30% rebate. We already know that the cost of a Powerwall is $3,500. So, after the rebate, you would be paying $7,350. Add in one Powerwall and your price is $10,850.  If you want two, you are looking at $14,350.

It looks like, if you go solar and us a Tesla Power wall you could be saving on average $111 a month. Not too shabby, right? With that, how long would it take an average household to get their money’s worth of going solar? Simple, take the average bill and multiply it by 12 for 12 months in a year. You then take the price of going solar (with Tesla) and you divide that by what you spend annually, and you’ll have your answer. So, $111.72 x 12 = $1,340.64 annually. Then take $10,850 / $1,340.6 = 8.09 – so, you make what you spent to go solar in about eight years. It looks good on paper, but it would really suck shelling all that cash out up front. Though, in the end, you wouldn’t need to pay an electric bill again.

Has Tesla created a more realistic solution for alternative energy? Watch the Elon Musk’s full keynote below and decide for yourself.