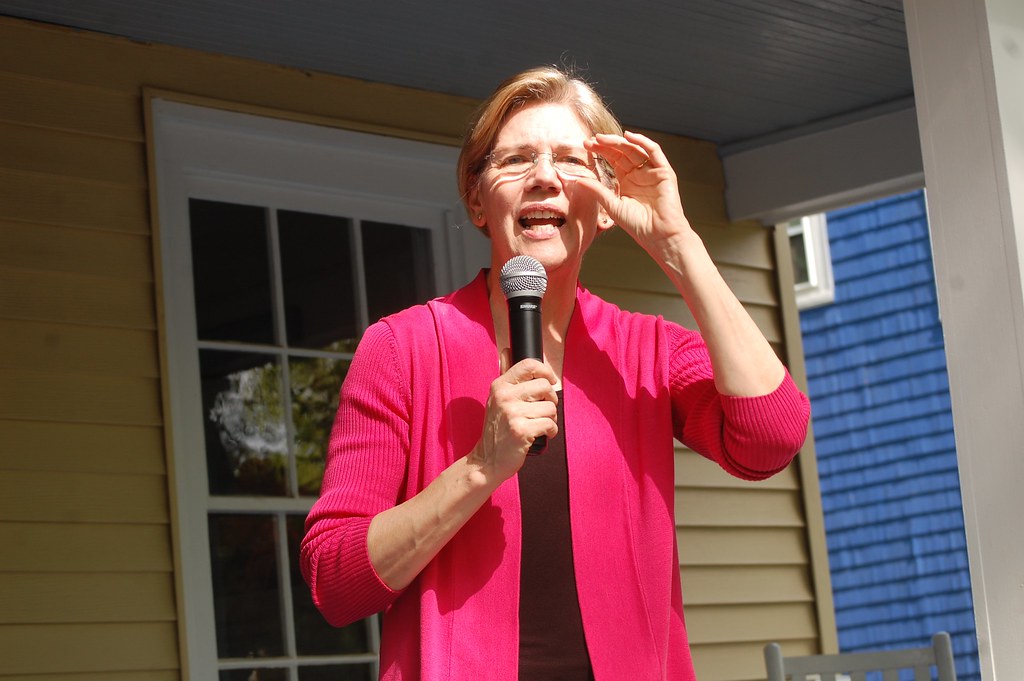 Senator Elizabeth Warren (D-Mass.) seems to be trying to make a play to make Democratic presidential nominee Hillary Clinton’s cabinet as far left as possible, should she win in November.

Warren, who is known for hating profitable independent businesses that aren’t under the federal government’s thumb, is beginning to vet candidates to ensure a Clinton cabinet would look like something out of George Orwell's classic novel, “1984.”

“We don’t need Citigroup or Morgan Stanley or BlackRock getting to choose who runs the economy in this country so that they can capture our government,” Warren said Wednesday during a speech at the Center for American Progress Action Fund.

Of course not. Warren just wants the government to be in control of everything, including the banks.

According to the Wall Street Journal:

About six months ago, Mrs. Warren and other progressives began focusing on the next administration with informal discussions among groups including the Progressive Change Campaign Committee, Consumers Union and MoveOn.org. Senior officials at labor unions such as the AFL-CIO and the American Federation of Teachers, have also been involved.

Sure, because labor unions aren’t involved in big business at all.

The Journal also reported that conservative groups have not vetted potential cabinet members, in case the Republican presidential nominee wins the election.

Progressives say they are motivated by a belief that President Barack Obama relied too heavily on former Wall Street executives to serve in economic positions.  The groups say appointment of those officials made it harder to enact a progressive agency and resulted in long delays to the implementation of some of the regulations they championed as part of the Dodd-Frank financial-services overhaul in 2010.

For example, progressive groups pushed hard for a regulation enacted as part of the financial regularly bill that would cap the compensation of chief executives. The regulation took five years to be enacted by the Securities and Exchange Commission.

Progressives, Socialists and Communists have no problem spending money as long as it doesn’t come out of their own pockets.

A spokesman for MoveOn.org, Nick Berning, said that “the group will support nominees ‘who’ve stood up to powerful interests and fought for the public interest’ and will ‘oppose and prevent the confirmation of nominees who fail to meet that standard.’”

In other words, "The government knows what is best for you and your family, and we will combat anyone who will not push that agenda."