Dutch City Will Begin Experimenting With Socialism to Test Its Benefits

The Dutch city of Utrecht is planning on experimenting with socialism to test its value and results.

The Independent reports that the city has teamed up with University College Utrecht to observe "if a system of welfare without requirements will be successful."

The concept of basic income "is a universal, unconditional form of payment to individuals, which covers their living costs."

The basic income is supposed to help free up people schedules and work hours to provide more time to volunteer in the community, study at university, and care for others.

The experiment will provide a ground work to see if this type of system can work on a small, real scale, rather than just theory. The experiment is planned to begin at the end of the traditional summer holidays.

The Independent has a graph that shows that the Netherlands has nearly two times as many part-time employees compared to other European countries. 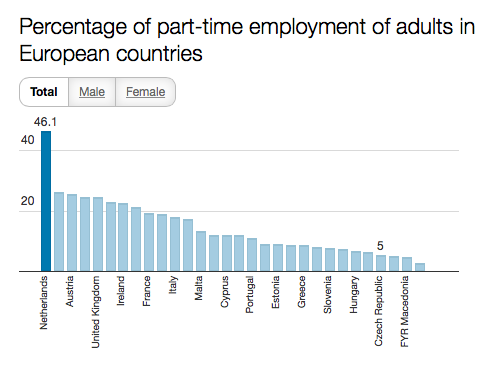 The experiment is partly because of the high number of part-time workers, who may not be able to earn a full income on that salary.

"One group is will have compensation and consideration for an allowance, another group with a basic income without rules and of course a control group which adhere to the current rules... Our data shows that less than 1.5 percent abuse the welfare, but, before we get into all kinds of principled debate about whether we should or should not enter, we need to first examine if basic income even really works."