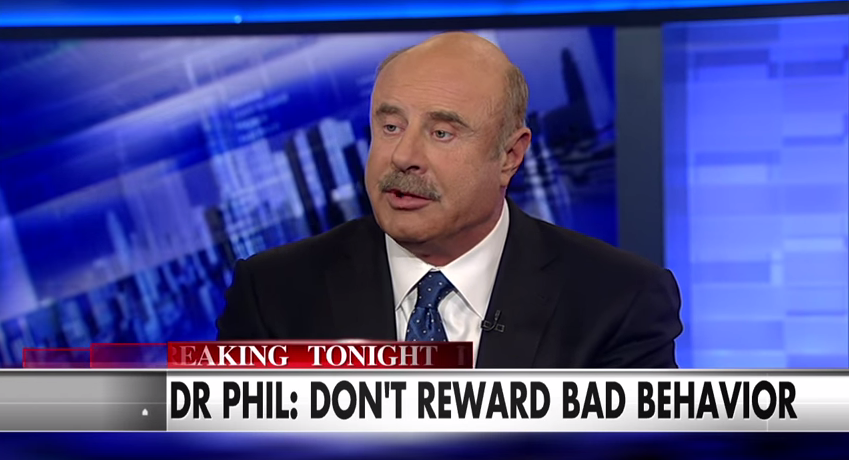 Psychologist and TV personality Dr. Phil McGraw appeared on The Kelly File Thursday night to discuss the need to "stop rewarding bad behavior in America" for fear of continuing to promote a culture of entitlement and narcissism prevalent in recent generations.

“We do have a generation that, I think, we have raised with a great degree of entitlement where it’s like, the world owes me a living,” said Dr. Phil.

He brought up as an example a man aspiring to be a rock star at the age of 40, using all of his family’s money – even their savings and retirement funds – to buy fame as opposed to actually going out and working for it.

“He’s got the poses. He’s got the haircut, everything. But so entitled, won’t take a job because it’s not a rock star job,” Dr. Phil explained.

“People sometimes ask me what’s wrong with America,” he said. “This is the greatest country in the world with the greatest people in the world. But sometimes, we forget commonsense – the simple things we need to remember. Like, basically, you just don’t reward bad behavior.”

“We’ve got to stop rewarding bad behavior in America,” Dr. Phil went on. “When people don’t work and produce, then they need to be kicked to the curb, get a damn job, carry your own weight. It’s just that simple.”

Watch the full interview in the video clip below.