Don't Like Racist Tweets? Check Out What Trevor Noah Said About Jews

Just one day after ABC fired Roseanne Barr and canceled her hit sitcom in response to her racially charged tweets, the Reagan Battalion dug up some old, wildy anti-Semitic and sexist tweets from Daily Show host Trevor Noah - proving that when it comes to offensive rhetoric, hypocrisy is far from one-sided.

“Almost bumped into a Jewish kid crossing the road,” Noah tweeted back in 2014. “He didn’t look b4 crossing but I still would have felt so bad for my german car!” 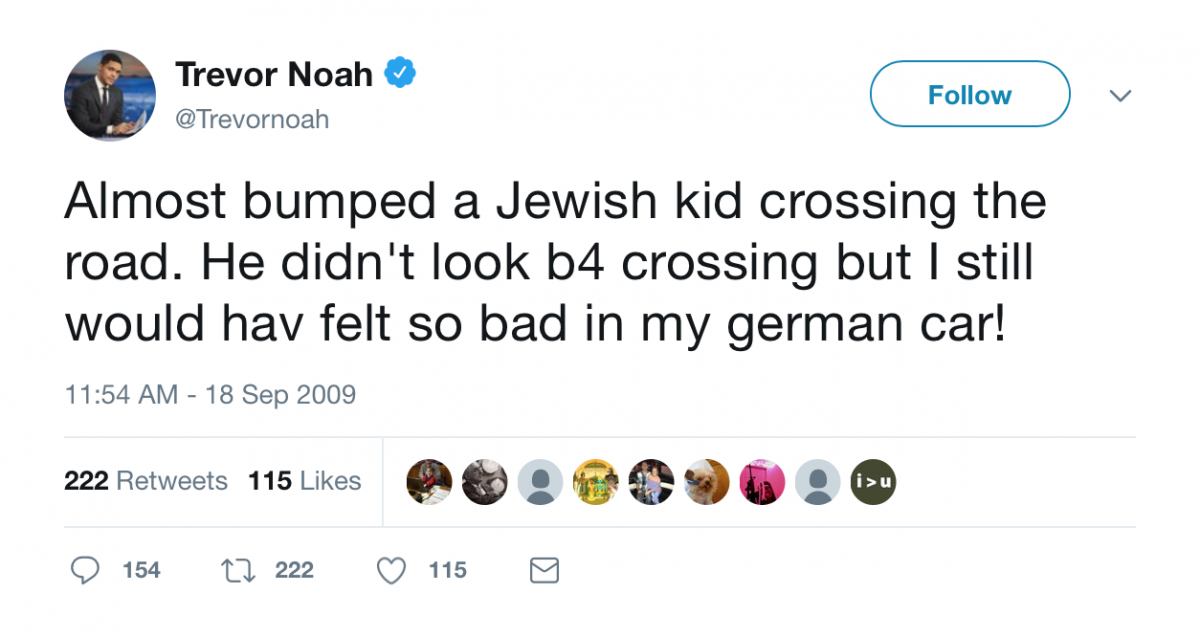 Another tweet of his says, “Behind every successful Rap Billionaire is a double as rich Jewish man. #BeatsByDreidel”

And don't forget the sexism.

“I like women that don’t wear makeup.” he tweeted “For me they’re like pizza still great the next morning!” 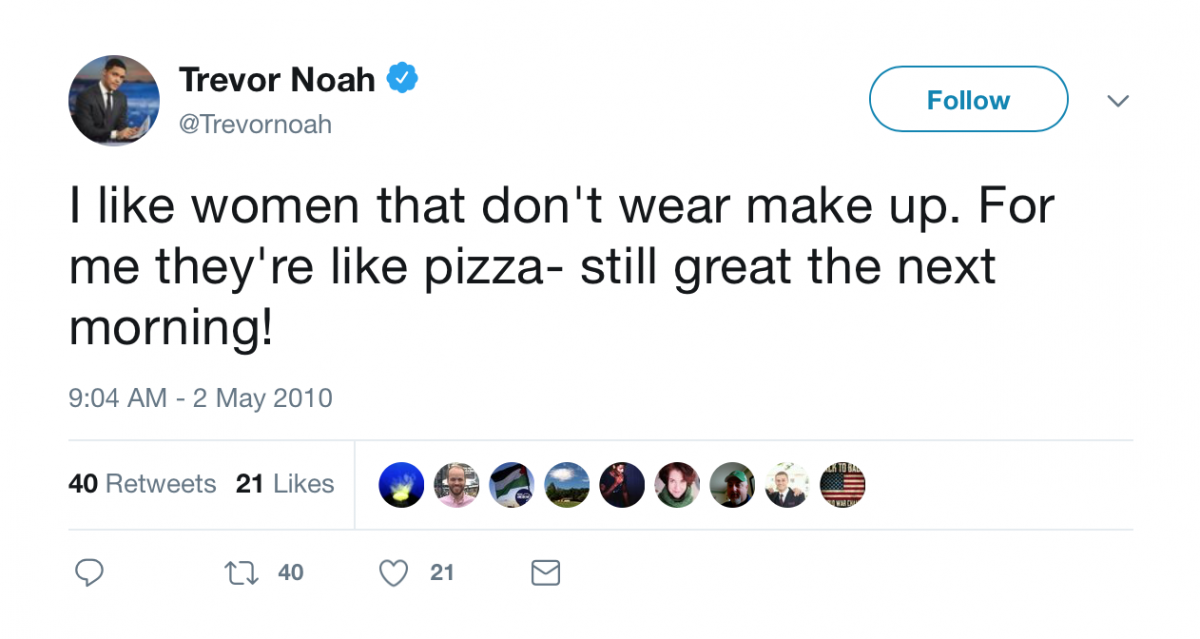 How about sexism and anti-semitism in one tweet? Noah has it covered.

“Messi gets the ball and the real players try to foul him, but Messi doesn’t go down easy, just like Jewish chicks.” 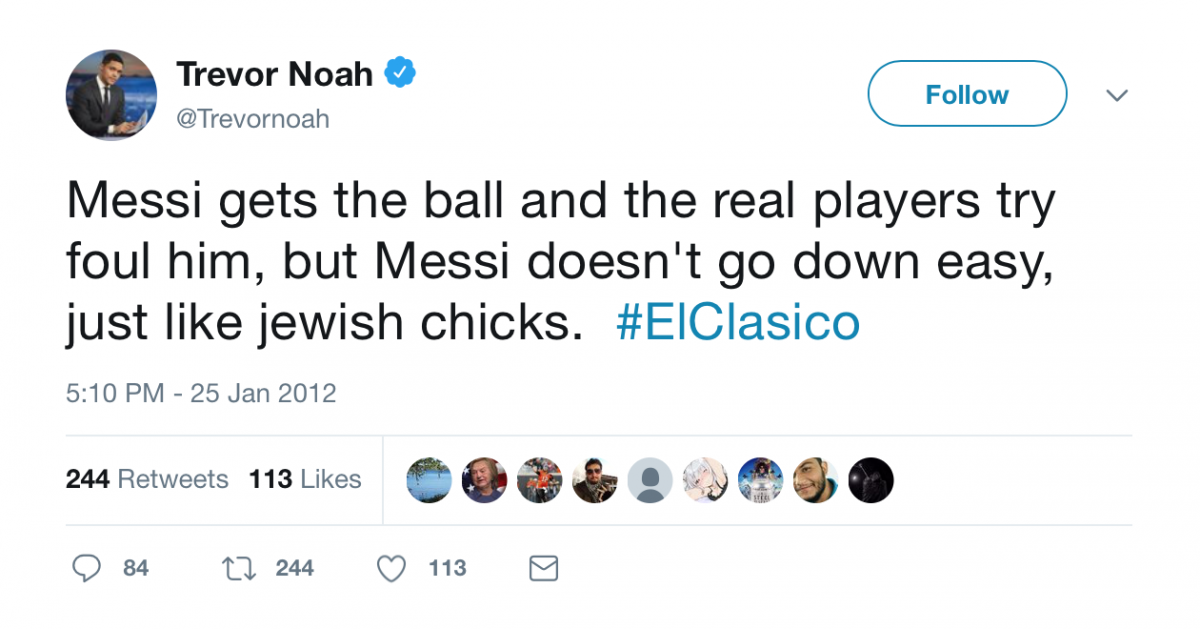 Roseanne and Noah have both made ridiculous attempts at "jokes" that come off as nothing but straight-up bigoted. One still has a job. One doesn’t. I wonder why?

I’ll leave it up to you to figure out.