Donald Trump: Transgender Issue Should Be Left to the States 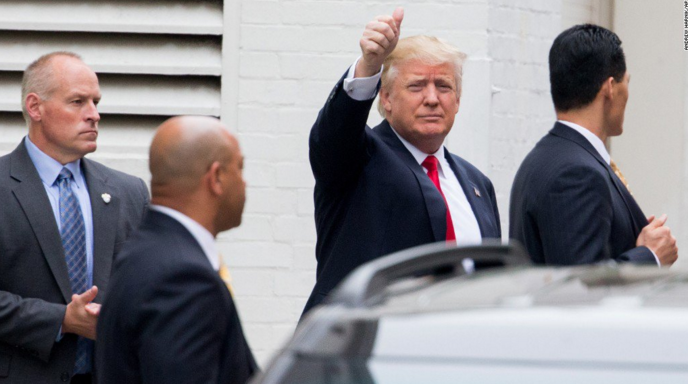 In a Friday interview on ABC’s “Good Morning America,” Donald Trump shied away from the debate surrounding whether transgender people should be allowed to use restrooms corresponding to their gender identity.

"I believe it should be states' rights and I think the states should make the decision,” said the presumptive GOP nominee. “They're more capable of making the decision. I felt that from the beginning."

Trump weighed in on the debate last month when North Carolina’s House Bill 2 or so-called “bathroom law” made headlines.

Listen to his remarks from Friday's "Good Morning America" interview in the video clip below.