Dog with Terminal Cancer Gets to Live Out His 'Bucket List' 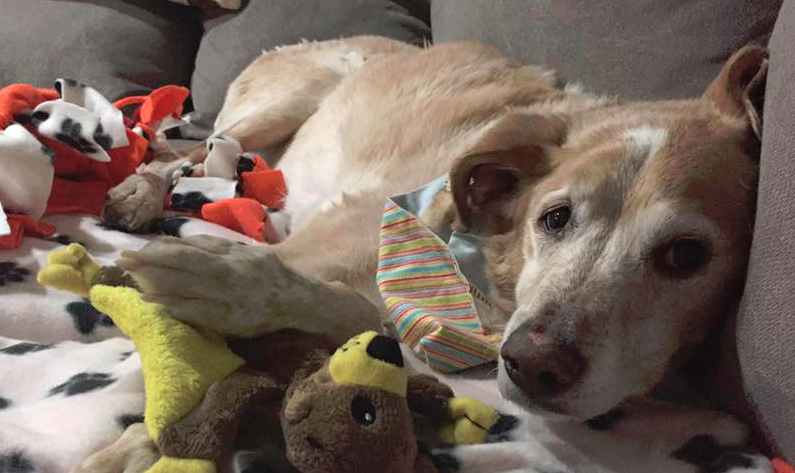 In a story coming out of Michigan, old dogs can learn new tricks.

Buddy, a 14-year-old Labrador mix, lost his way and became depressed after his owned passed. Loren Cazan, who volunteers at A Rejoyceful Animal Rescue, decided to take Buddy in and get him checked at a veterinarian.

Unfortunately, Buddy was diagnosed with terminal cancer, and it had spread all over his body.

Cazan decided that she was not going to let Buddy leave this world in such a downtrodden state. She proceeded to adopt Buddy and treat him to a “doggy bucket list.”

“We’re not sure how much longer he has left. But we just want to make sure that, whatever time that is, he has the best life possible,” Cazan told WXYZ in Detroit.

Cazan has set up a Facebook page for Buddy to document all of Buddy’s new adventures.

So far, Buddy has:

Had a kids meal from McDonald’s: 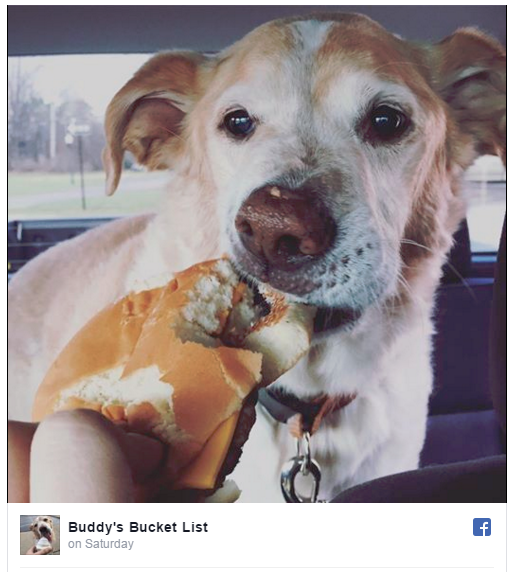 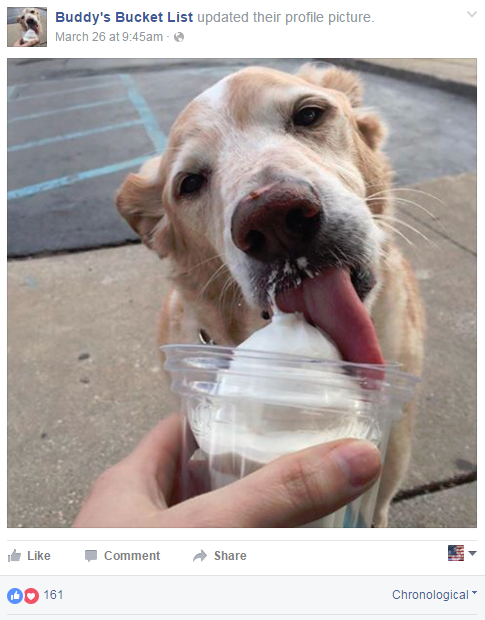 Hung out with pals on Easter Sunday: 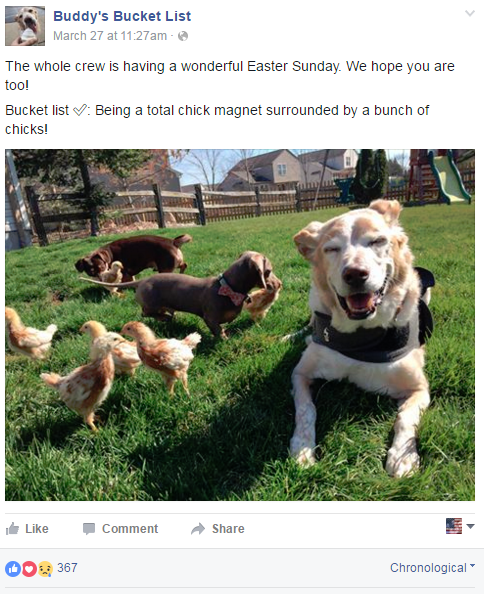 Visited with the Easter Bunny: 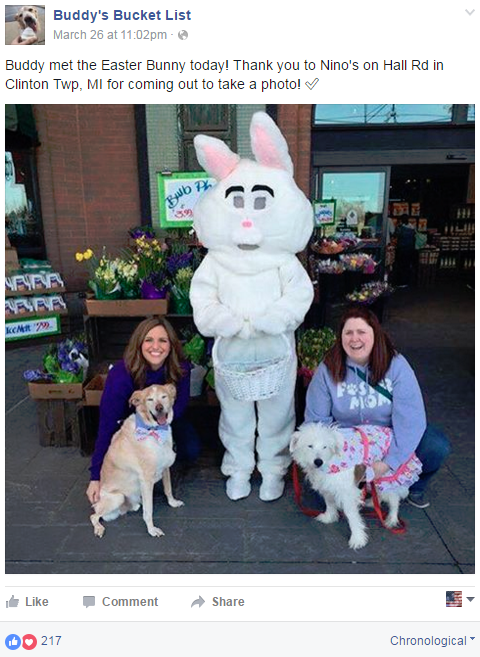 And even picked up some chicks! 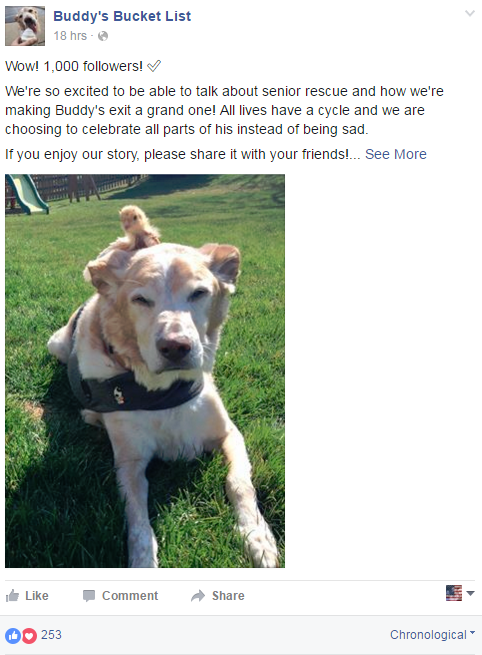 All in all, old dogs need love too, and Cazan should be commended for showing so much love to a dying dog in need of such.

Cazan said, “He’s just a completely different dog now, and it’s absolutely the most rewarding thing, and worth the heartbreak that I know is coming with him, just to see him happy.”