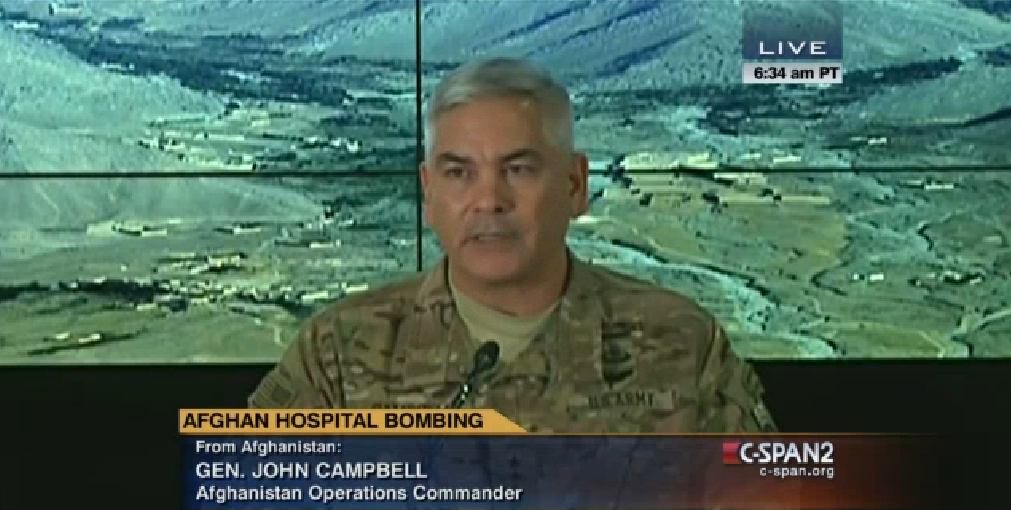 He said that investigations conducted by the U.S., Afghanistan, and NATO found the incident to be a direct result of “human error,” as personnel failed to take the proper steps to confirm the airstrike target.

“No nation does more to prevent casualties than the United States, but we failed to meet our own high expectations on Oct. 3,” Campbell began.

“This was a tragic but avoidable accident caused primarily by human error.”

The general added that changes have been implemented to the Department's "systems and processes" to ensure that the incident does not repeat itself in the future.

“I’ve already directed some immediate changes to make sure we learn and apply the right lessons from this instant,” he said.

Campbell did not disclose specific names of those responsible for the airstrike, but did say that “those individuals most closely associated with the incident have been suspended from their duties, pending consideration of administrative and disciplinary matters.”

The airstrike killed at least 30 doctors and patients.

Listen to his remarks in full here.