The Democratic Party is sending fundraising emails allegedly written by a teenage Parkland shooting survivor explicitly asking Americans to turn out to the polls and vote for Democrats this fall.

An actual email I just received from the DNC... from a Parkland survivor. pic.twitter.com/CG31VPS4kC

Here's the email in its entirety, sent from Democrats.org: 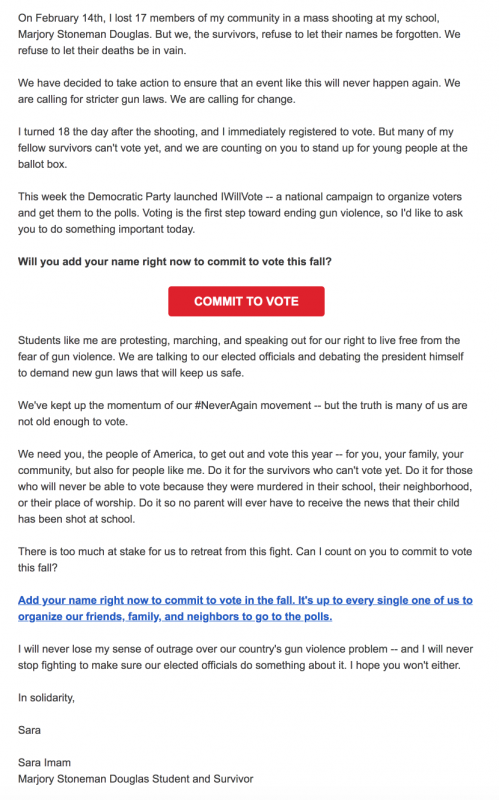 The donation button included in the email takes readers to a page on the Democrat Party's website with the message, "When more people vote, Democrats win. It's that simple."

"Be one of the first people to officially commit to vote this fall by adding your name right now," the page urges.

If you fill out the form and commit to voting for the Democrats this November, you're given this message: