Two “diversity activists” found themselves the subject of mockery after accusing their local school district of racism for hiring a DJ in “blackface.”

The problem? The DJ in question was actually black – a small detail the activists failed to research before going on their little tirade.

According to the Arizona Daily Independent, Stuart Rhoden and Jill Lassen both blasted Scottsdale Unified School District’s Hopi Elementary PTA, both publicly and in emails, for hiring a local DJ named Kim Koko Hunter, accusing him of wearing “blackface” and slamming the school for their alleged racism. Rhoden and Lassen apparently came to this conclusion after seeing Hunter in a photo from the event posted on social media. 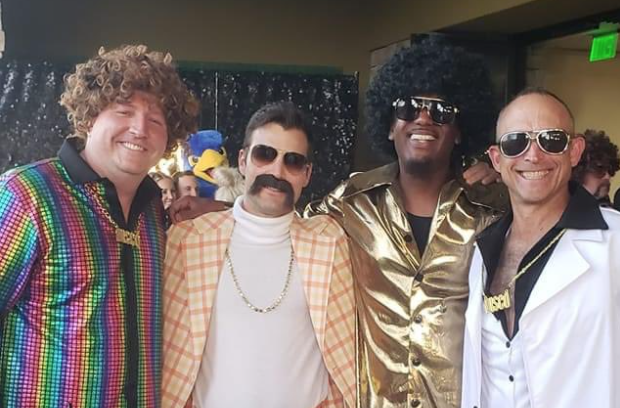 The accusation wasn’t missed by the PTA’s president, who fired back that Hunter is, in fact, actually black.

“The DJ that the Hopi PTA hire[d] was, in fact a Black man,” Hopi PTA president Megan Livengood wrote in response to Lassen's email. “It is insulting that you feel myself or PTA condone racist behavior or encourage it by posting on social media.”

The Arizona Daily Independent reports that Lassen wrote back, “You are right, we should’ve reached out and inquired before making such accusations. I cannot fathom the hurt, anger and frustration you felt after you and others volunteered countless hours on your event. Again I truly apologize.”

An embarrassing mea culpa that might have been enough - except that wasn’t the end of the story.

Rhoden, an instructor at Arizona State University, then doubled-down on his accusations in a post on Facebook, writing: “Let me be clear, a Black man, apparently in Black face is an entirely different discussion than a White person. However I did not state that the person was White. It was assumed that was my intent, and perhaps it was, but nonetheless, looking on his FB page (photos below), it seems at the very least he is in darker make-up if not “Black face” or I am completely mistaken and it’s the lighting of the patio.” 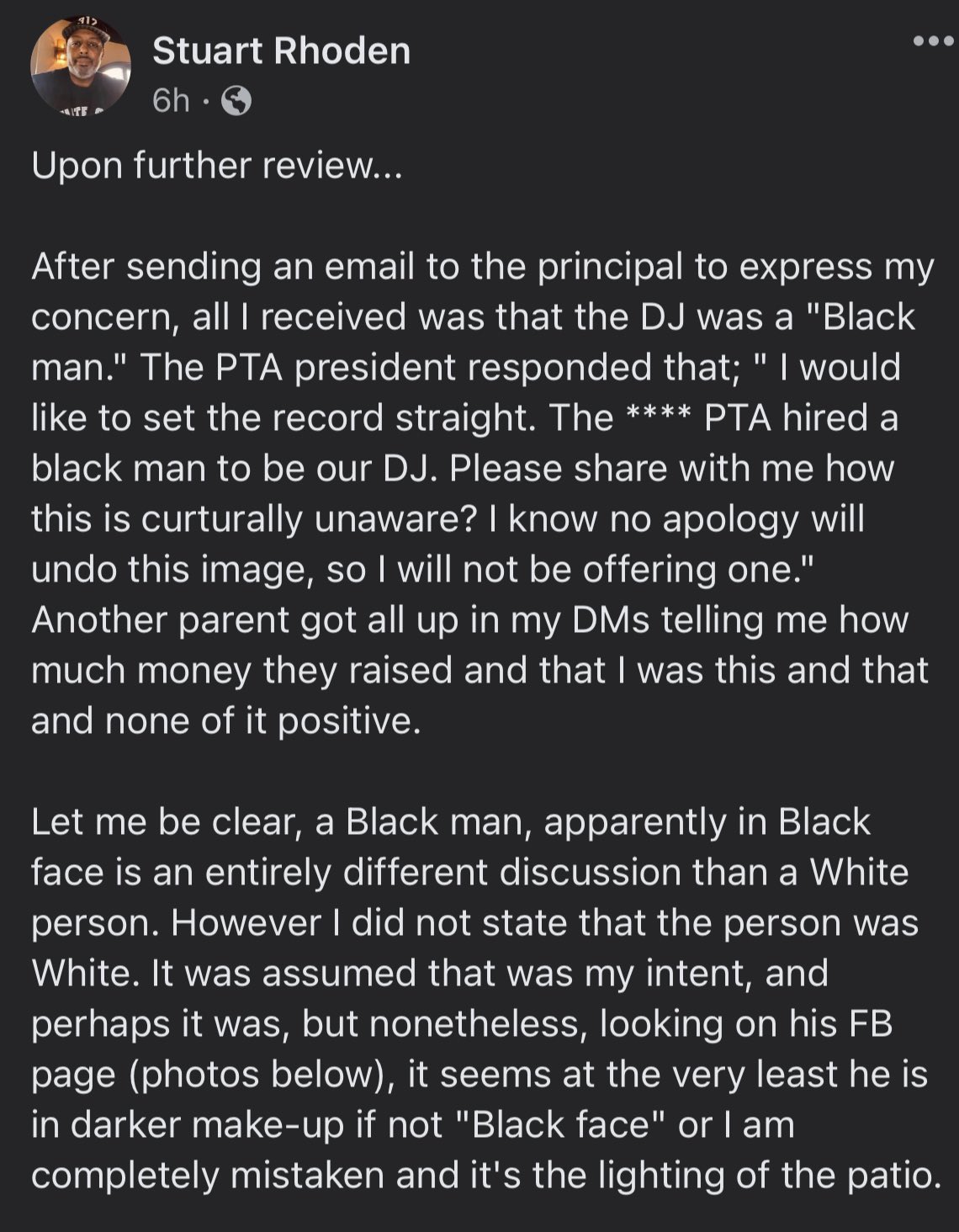 Rhoden is, of course, completely mistaken – but it’s not the patio lighting.

It’s his own racism and idiocy that are the problem.