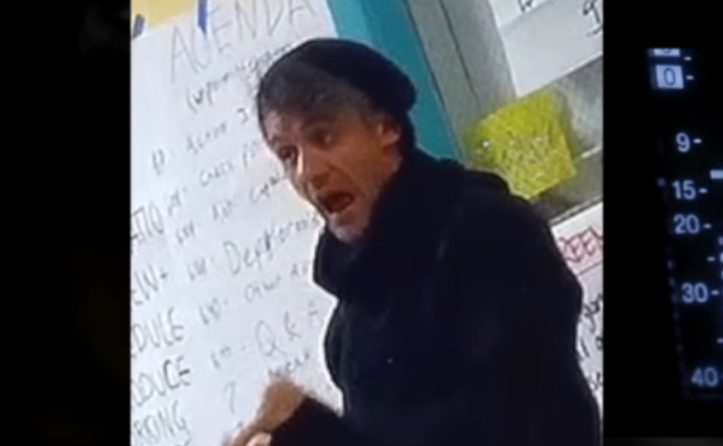 Well, so much for all the big talk that the DisruptJ20 inauguration terrorists were spewing as seen in James O’Keefe’s undercover Project Veritas videos.

As a result of the damning videos, in which members of the J20 group can be seen and heard devising different ways to make life difficult for everyone going to the inauguration, J20 is now reportedly either scaling back their “peaceful” protests or claiming that what they said on the videos is being blown out of proportion.

U.S. News & World Report talked to Legba Carrefour, a prominent member of J20, and said that “the amount of chaos is being intentionally overstated.”

So simultaneous to the checkpoint blockades in the morning, we are also doing a series of clusterf*ck blockades, where we are going to try to blockade all the major ingress points in the city. Which include, they can include shutting down major bridges and highway access points as well as shutting down metro rail.

How is that overstating anything? Every single thing listed in Carrefour’s word diarrhea in the video is said in pluralities.

In a subsequent J20 statement, the group claims that they were exaggerating and giving false information because they knew that there was an undercover plant in their midst.

Sure. They’re pretty much covering their own tracks after being revealed as the radicals that they are.

It is now being said that the current plan is to block only one bridge.

“They have nothing on me that I would not feel comfortable talking about in front of the police,” Carrefour said. “Don’t care.”

I guess conducting peaceful protests involves disrupting people’s everyday lives by blocking traffic, shutting down bridges, stopping trains and attempting to attack an inaugural ball with acid, all because you didn't get your way.

Typical liberals, always deflecting blame. But I guess people who use rational thought are the "radical" ones.