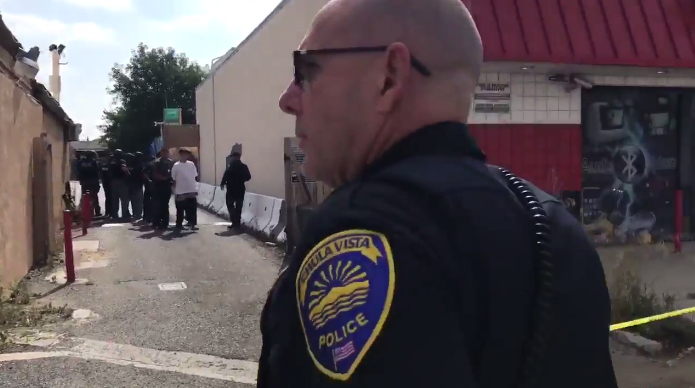 At least one person was injured in a shooting at a marijuana dispensary in San Diego, Calif., Thursday morning.

At least one person was injured and several people have been detained by local law enforcement.

BREAKING: @ChulaVistaPD handcuff several people at marijuana dispensary on Third Avenue in connection to a shooting. #NBC7 @ 11-11:30AM. pic.twitter.com/4Wdq1pH2QM

The person injured was taken to Scripps Hospital and is currently undergoing surgery for multiple gunshot wounds, police say. He is expected to survive.

One man told NBC 7, “I love weed,” as he was being handcuffed and taken into custody by police.

MRCTV will provide more details as the story develops.