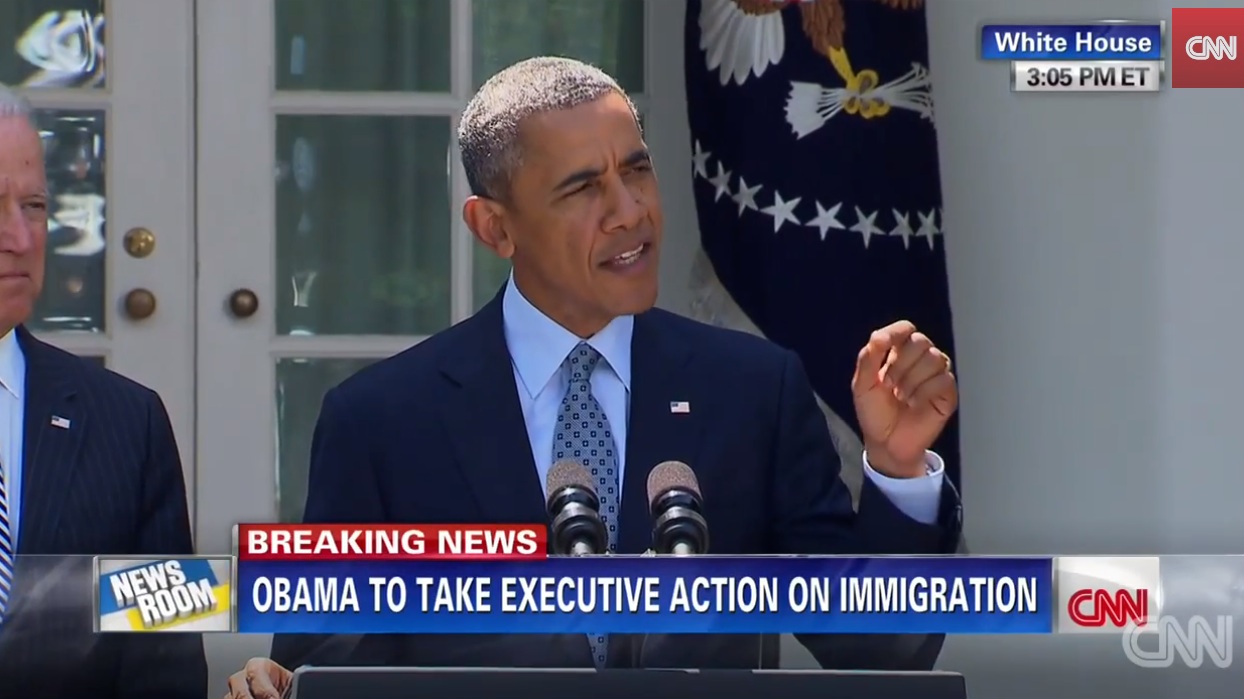 On Monday evening, Federal Judge Andrew Hanan issued a stay banning the Obama administration from acting on the President's executive order that grants amnesty for up to five million Illegal Immigrants. The stay is in effect until a lawsuit by 26 states has a chance to go through the federal court system.

Despite the order, the Department of Homeland Security (DHS) is accepting bids from vendors for help in implementing the amnesty program. Compounding that problem, on Friday the Department of Justice announced a court action requesting the administration be allowed to prepare to execute the order while the legality of the amnesty order is litigated. Or, in other words, they are asking if they can start doing what they are doing anyway.

Judge Hanan's order was not based on the legality of the President's amnesty action, but because once the program began to be implemented,  "The genie would be impossible to put back into the bottle," the Judge wrote, adding that he agreed with the plaintiffs' argument that legalizing the presence of millions of people is a 'virtually irreversible' action."

On Friday, Judicial Watch reported that DHS has already requested bids for the implementation of the executive fiat and they want to fast track the process.

The complex deal is being rushed through at a “full-throttle pace” extremely rare for such a huge venture  that’s sure to radically change the current system, according to JW’s source, who has worked for decades as a contract expert at the highest levels of government. The Request For Proposal (RFP) was recently posted in the government’s official database for federal procurement opportunities and comes from the Department of Homeland Security (DHS) agency charged with processing visa and naturalization petitions, U.S. Citizenship and Immigration Services (USCIS).

The RFP estimates that the population of potential requesters for the president’s deferred action will be “approximately four million people” and that USCIS anticipates the initial filing of “approximately five to six million forms” related to the amnesty order which also covers the illegal immigrant parents of U.S. citizens and lawful residents. The work is to begin in mid-March, the document reveals, and the contractor will operate out of a new center in Arlington, Virginia because there is no current facility with available space or staff to accommodate the “additional volume of work.” The center will be dedicated to processing deferred action for illegal immigrant parents of citizens, employment authorization and correspondence management.

Soon after the Judicial Watch news was published, the Administration announced they were going to ask the court for permission to do what they were doing, anyway.

The Justice Department plans to ask a federal judge to allow the Obama administration to continue its plans to implement the President Barack Obama's executive order on immigration, while it appeals his ruling blocking the order.

White House Press Secretary Josh Earnest says the DOJ action will be filed by the end of the day Monday (see video below).