According to a new book, the modern transgender phenomenon and its defenders share a similar mentality to that which produced Nazi Germany.

In her volume, “Past and Present: The Challenges of Modernity from the Pre-Victorians to the Postmodernists,”  Gertrude Himmelfarb, professor emeritus at the Graduate School of the City University of New York, argues that both transgenderism and fascism involve a denial of truth and reality.

De Man was a Yale academic who taught “deconstructionism.” As Himmelfarb notes, deconstructionism “denies any correspondence between language and reality, of any proximate truth about reality, indeed, of any essential reality.” 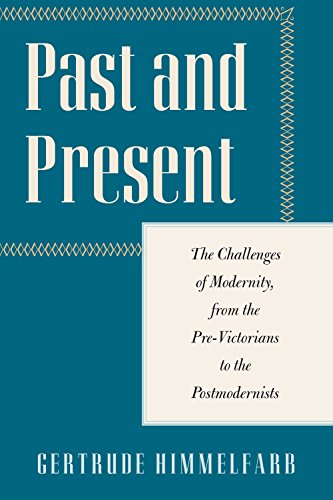 The New York Times described de Man’s theory this way: “Language and literature can never be put in the service of truth because it is impossible to define what the truth is; or, as [Yale literary theorist] Geoffrey Hartman puts it, ‘One can never be sure of anything.’”

After his death it was revealed that de Man wrote anti-Semitic articles for a pro-Nazi Belgian newspaper during the Second World War.  Himmlefard argues that de Man’s belief that there is no absolute truth made it easy for him to support “the abyss of the Holocaust.”

The transgenderist would protest that it was not a denial but precisely an affirmation of reality that was being sought, a sexual reality that had been obscured or belied by the accident of birth. To which a skeptic might reply that reality, once deconstructed, is not so easily reconstructed. The fact that transgenderism requires for its completion not only hormonal treatment but nothing less than genital surgery may induce serious second thoughts. The removal—the deconstruction, so to speak—of the very organs that define gender and enable the reproductivity that is of the essence of gender is surely a denial of reality of the greatest order….​

If postmodernism is no longer the modish term it once was, it is because its spirit has been so integrated in the culture that it no longer needs affirming or controverting. One can only hope that it won’t require a new abyss, a new de Man, to transcend transgenderism.