Democrats Issue 'Guide' to Talking to 'Your Republican Uncle' This Thanksgiving 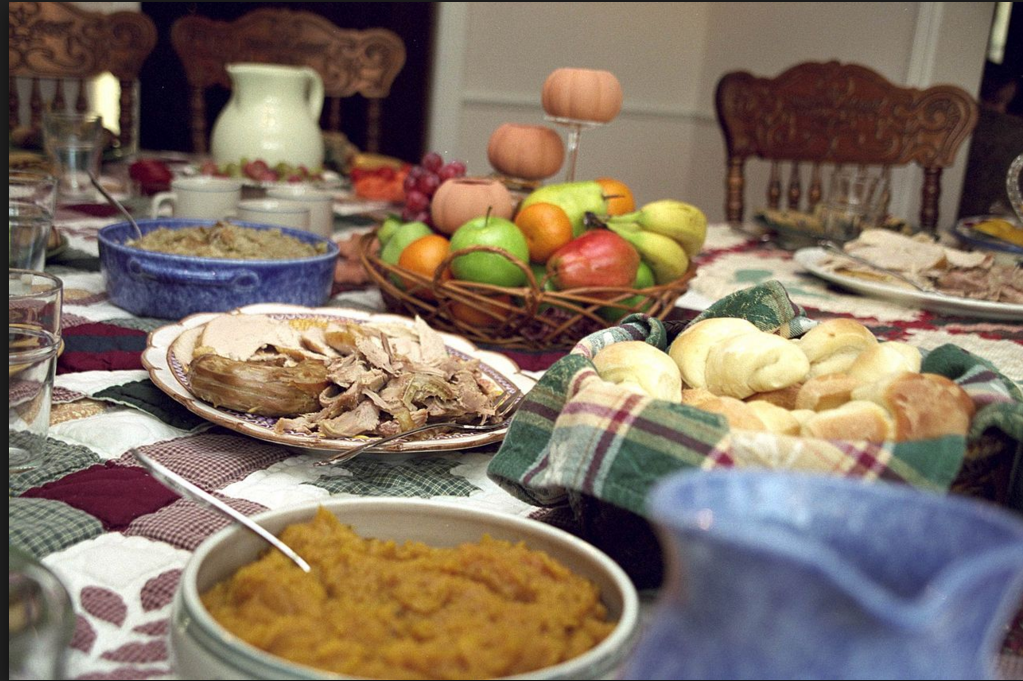 The Democrats have come out with a nifty guide for dealing with “your Republican uncle” on Thanksgiving.

The website comes equipped with “all the facts you could ever want”—which, apparently, for the Democratic National Committee, only means ten things.

YourRepublicanUncle.com (yes, the DNC actually secured that URL) provides “the most common myths spouted by your family members who spend too much time listening to Rush Limbaugh and the perfect response to each of them.”

As the “Deputy Democratic Spokesperson,” you are supposed to respond to each claim by your “factually-challenged conservative talk radio”-listening Republican uncle with an emotional talking point and a smiling face.

It should be noted that, although there are currently 14 Republican presidential candidates running for office and hundreds of potential campaign issues, the DNC chose to focus on only five issues and five candidates. Perhaps, those other topics and people are not part of “all of the facts you could ever want.”

For yet another year, White House seems to want to force people to talk about health care while gorging themselves with turkey.

When your Republican uncle mentions, “We should repeal Obamacare,” you are supposed to respond, “Nearly 1 in 3 Americans who were uninsured a few years ago have coverage today — that’s more than 17 million people. If the ACA were repealed, millions of Americans would lose access to quality, affordable health care. And none of the Republican candidates for president have a plan to solve that problem.”

It will be pretty hard to find health insurance when the largest health insurance provider is considering pulling out of the Obamacare exchange market all together by 2017… because they are calculating a loss of $425 in profits due to Obamacare.

When your uncle says, “Climate change is just a liberal scare tactic,” you’re supposed to respond, “Why are conservatives more likely to believe that climate change is a conspiracy than to acknowledge what 97% of climate scientists — and the majority of Americans — believe? Climate change is real, and it's man made. The Republican presidential field is living in denial.”

Because, we all know, the greatest arbiter of science is a public opinion poll.

When it comes to the actual scientists, the New York Times published an article in 1961 that said scientists had reached agree that the Earth is getting colder.  Time Magazine also famously asked about, “Another Ice Age?” in 1974 and Newsweek wrote about “The Cooling World” in 1975.

By the way, satellite data has also revealed the Earth hasn’t been warming in nearly two decades.

Next, Democrats will be blaming climate change for terrorism. Oh wait.

When your Republican uncle says, “Democrats just don’t understand the economy like Republicans do,” you’re supposed to respond, “Let's just look at what the economy does with Democrats in the White House versus Republicans. Under President Obama and President Clinton, we added 31.6 million jobs. But, under the last two Republican presidents, we added just 3.9 million jobs. Under Democratic presidents, average unemployment is lower and the gross domestic product is higher. Even the stock market is higher with Democrats in the White House!”

It might be worth mentioning the U6 unemployment rate—which factors in discouraged workers and individuals who are only working part-time but seek full-time employment—for Oct. 2015 was 9.8 percent.

In other words, only 62.4 percent of Americans over 16 are either actively looking for a job or working.

Maybe… just maybe… those two numbers have something to do with each other.

When your uncle states, “Letting Syrian refugees into the United States is like hanging a ‘welcome, terrorists’ banner on the front door,” you are respond to respond, “The United States has one of the strictest refugee screening processes in the world—we can help families whose lives have been destroyed by ISIS without jeopardizing our security. But when our leaders embrace Islamophobia, that makes it harder for us to fight terrorism abroad. And not for nothing, screening refugees based on their religion goes against everything our country stands for.”

Just yesterday, it was revealed that in 2015, 12 refugees were indicted in relation to terrorism.

In addition, a recently viral survey conducted by the Arab Center for Research & Policy Studies from 2014 showed 13 percent of Syrian refugees have a “positive” or a “positive to some extent” view of ISIL.

Another interesting poll worth mentioning found only 30 percent of self-identified Democrats believe the country should be accepting more than 1,000 Syrian refugees (the poll didn’t even ask about Obama’s plan to increase that number to 10,000 over the next year).

Apparently, the issue of “equality” is directly related to voter identification laws.

When your Republican uncle says, “You had to show ID to buy this beer, why shouldn’t you have to show ID to vote?” you’re supposed to respond, “Only .00000013% of votes cast from 2002-2005 resulted in convictions or guilty pleas for voter fraud, so what problem are voter ID laws supposed to be fixing, exactly? All they do is make it harder for people of color, women, younger voters, and seniors to vote. That’s un-American.”