“After 9/11, the greatest threat to our democracy lived in a cave. Today, he lives in the White House,” Helmer said in the ad.

Many viewers took to Twitter sharing mixed reactions to the advertisement. 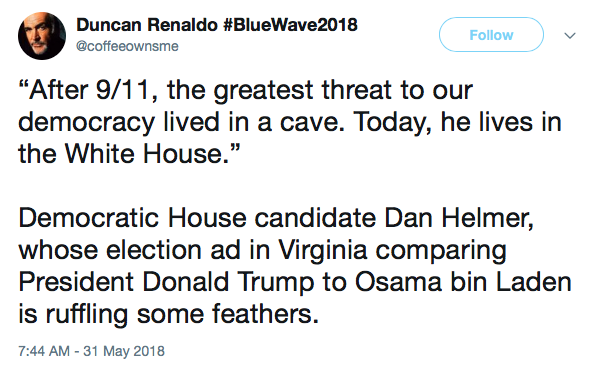 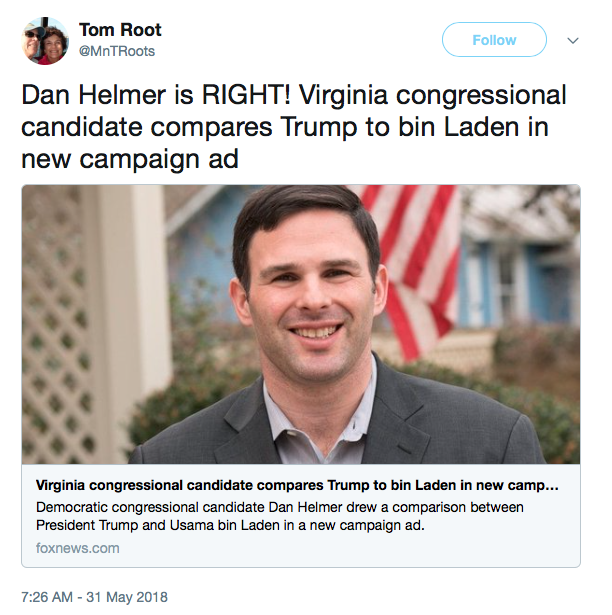 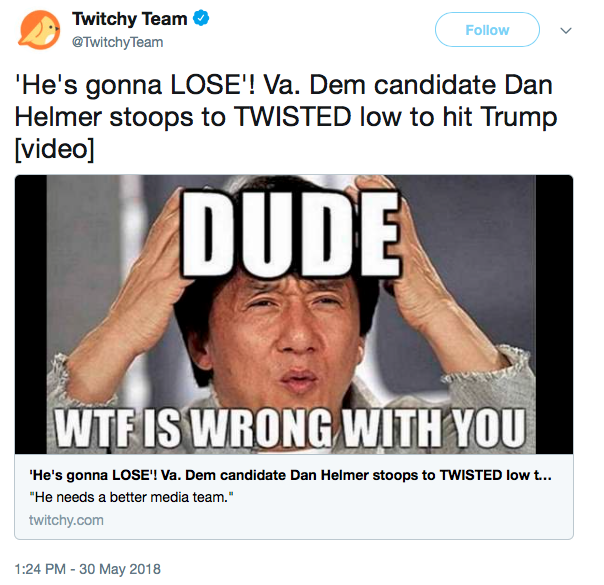 Helmer is a Veteran running on a platform largely comprised of gun control reform, universal Medicare. You can check out his ad out by clicking here if you actually desire to see it for yourself.