Rep. Al Green (D-TX) – who was among three Congressmen who took to the House floor to make the “hands up, don’t shoot” gesture on Monday – commended the NFL St. Louis Rams offensive line for fighting for justice, just as the Founders did. 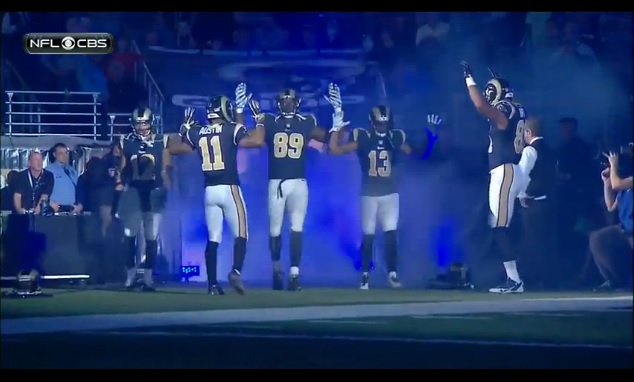 “I also want to note that what happened with the Rams players was a seminal moment, and I want to legitimize what they did.”

He compared the Rams players to George Washington and Thomas Jefferson.

He continued, "Just as I believe John Carlos and Tommy Smith should be honored for what they did, when they held their hands up indicating that they were protesting at the Olympics in ’68.”

According to the House representative, the "hands up" gesture serves as a visual representation of protesters' refusal to accept injustice.

Earlier in the meeting, he made sure to defend himself and the two other Congressmen who made the popular gesture Monday evening.

In response to apparent criticisms such as, “What is wrong with them?” Green popped off,

He holds himself in high esteem, apparently.