A man was shot dead while walking with his 6-year-old daughter in broad daylight, according to video surveillance from NYPD Chief of Detectives Rodney Harrison.

Anthony Robinson, 29, and his daughter were approaching the intersection of Sheridan Avenue and East 170th Street when a vehicle pulled up next to Robinson and fired multiple shots around 5:30 p.m. on Sunday, police say.

On Sunday, July 5th, police officers from the 44th Precinct responded to a 911 call for a male shot at Sheridan Avenue and East 170th Street. pic.twitter.com/kiEmmJfuEW

According to the New York Post, Robinson eyed the vehicle before entering the crosswalk, holding his daughter in his right hand.

As the vehicle continued to roll beside them, Robinson turned to his daughter when a gun appeared out of the passenger window of the vehicle, firing multiple rounds into Robinson’s chest. Robinson fell to the ground and the terrified girl immediately ran down the street, thankfully unharmed.

Robinson was later pronounced dead at the BronxCare Health System. 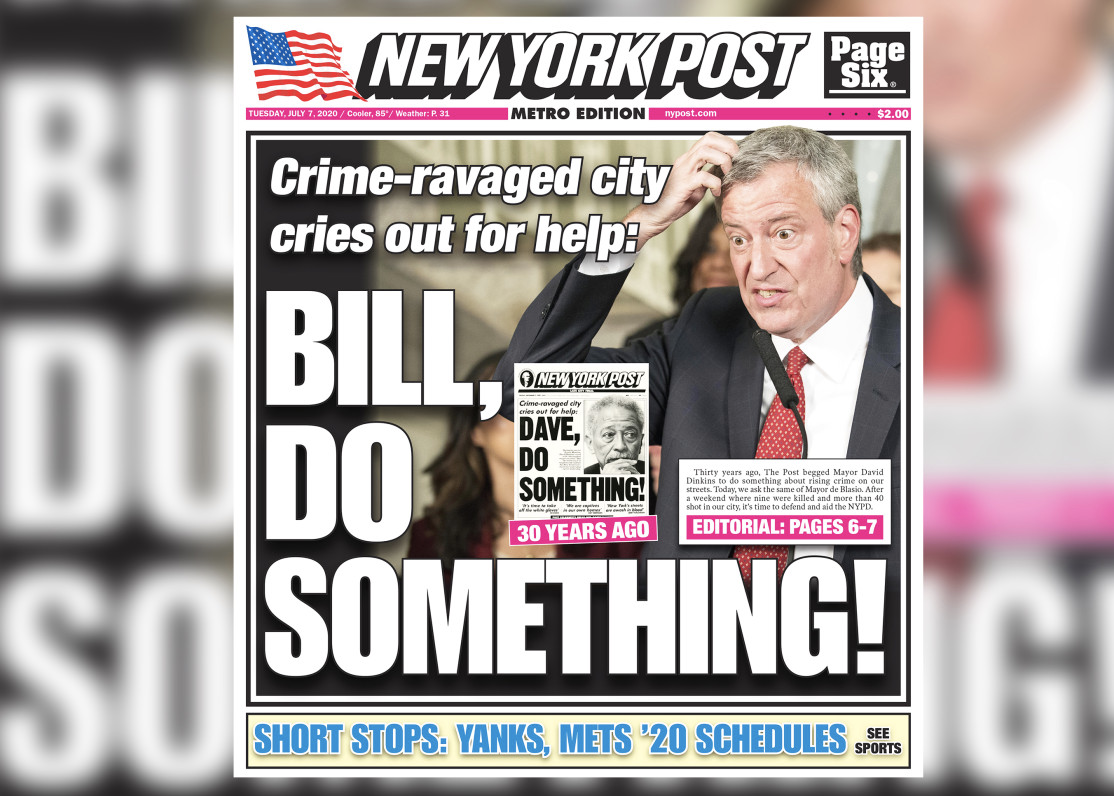 Monday's New York Post featured an editorial calling on de Blasio to do something about the violence in the city.