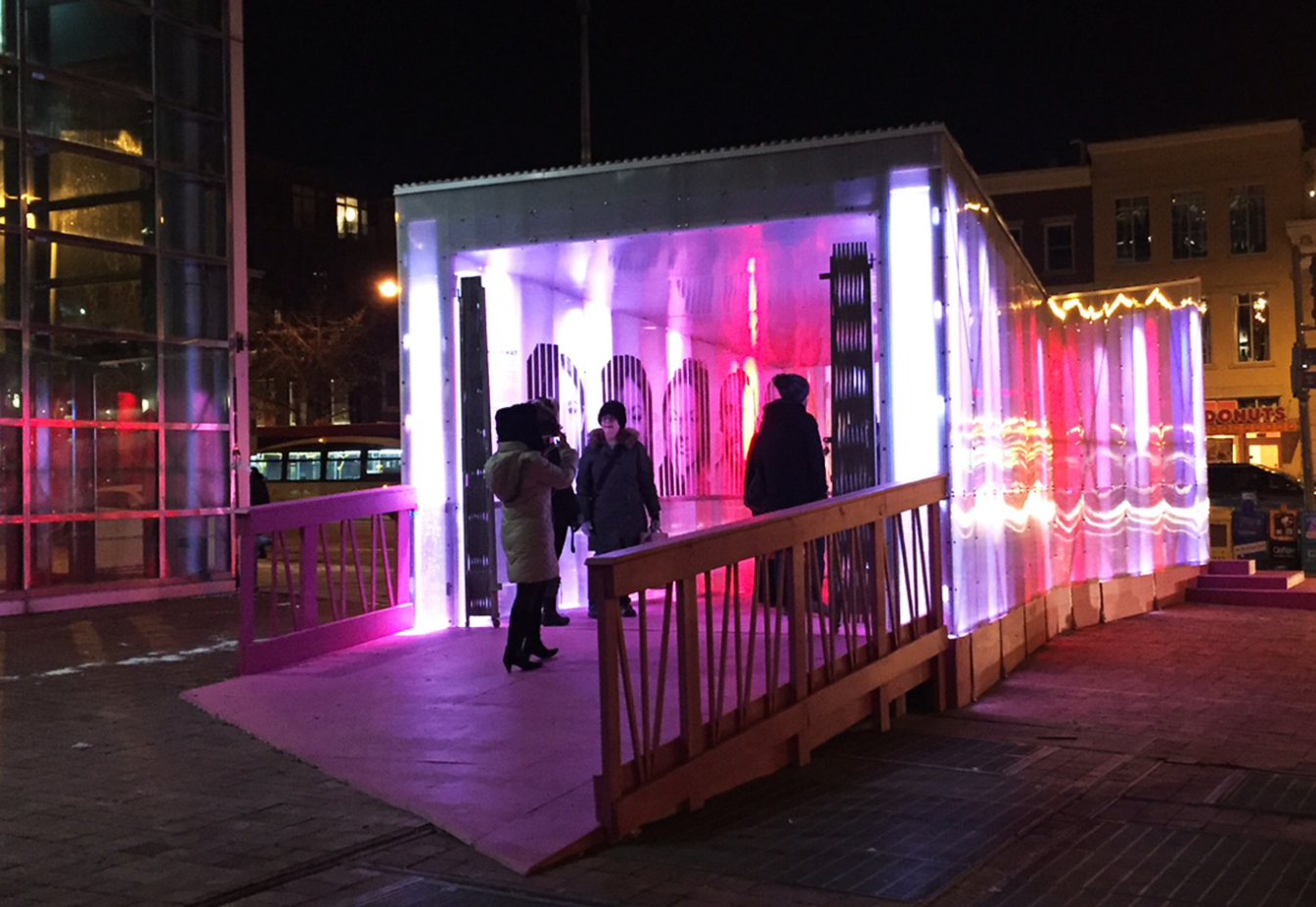 The Washington D.C. government justified spending taxpayer dollars on an anti-catcalling display by claiming women run into the street to avoid whistling and catcalls.

WAMU reports Washington D.C. unveiled “The Walkway” as part of the District Department of Transportation’s and Mayor Muriel Bowser’s “Vision Zero" project to reduce traffic fatalities in the city.

WAMU describes the tunnel as “hot pink ramp with bright, color-changing lights” that includes audio of people whistling and catcalling. The display also includes photos of people who have allegedly been forced to endure the trauma of being catcalled, as well as quotes about their experiences.

“We’re trying to represent everyone,” she continued.

“The Walkway” also includes a website for people to “add their voices.”

According to the website for the project, the government is “collecting information” about the “words, phrases and gestures that are used in public spaces to address others” to “explore what people consider to be respectful, friendly, non-friendly or threatening interactions.”

The information obtained by the survey will be incorporated into the project.

On the survey, people have the ability to choose their gender as male, female, transgender, gender fluid, agender, or “other.” They can also specify their sexuality as heterosexual, gay/lesbian, bisexual, asexual, or “other.”

Participants are prompted to answer whether they have ever been exposed to “comments or actions” in public that were “harmless, flattering, annoying, disturbing, or threatening?” In other words, they ask, has anyone ever spoken to you in public?

The website defines the words “harmless,” “flattering, “annoying,” “disturbing,” and “threatening” and then asks survey participants whether they have been the subject to 23 different scenarios and how those situations made them feel.

Participants are offered to share their own stories with street harassment and claims responses will be anonymous.

Jonathan Rogers from the Department of Transportation rationalized the anti-catcalling display by alleging people are apparently so afraid of being whistled at in public that they can run the risk of running into the street and being killed by a driver.

“Say, for example, you’re trying to avoid harassment that you see ahead of you on your route,” he explained. “You cross the street quickly, in the middle of the block – maybe not in the safest location.”

Even though the purpose of the project is to try to end street harassment, Jessica Raven, the executive director of Collective Action for Safe Spaces, told DCist that the display is actually triggering.

She claimed the shouts and catcalls that are part of exhibit could allegedly be harmful.

Raven said people can “hear the honking and comments” from outside the exhibit.

Cecilia Dos Santos, a volunteer for Collective Action for Safe Spaces, equated the exhibit with actual sexual harassment by saying, “It almost feels like you don’t have a choice of whether or not to participate in this piece.”

According to the executive summary for the Vision Zero project for fiscal year 2016, the program received $500,000 as part of an “initial down payment.”

The budget for the “Zero Street Harassment Project” grant was $41,000. It was created in partnership with the District Department of Transportation, the D.C. Commission on the Arts and Humanities, and Age-Friendly D.C for Vision Zero.

According to WAMU, the Vision Zero project has had no impact on traffic fatalities in the city.

The exhibit will run in D.C. until March 1.