One D.C restaurant has a unique way of celebrating White House chaos.

According to The Hill, The Bird, a local area bar, announced its $4 drink specials to celebrate the news that now-former Chief Strategist Steve Bannon is leaving the White House.

The restaurant, located in the Shaw neighborhood of Northwest D.C., first began offering the discounted drinks after former White House communications director Anthony Scaramucci was fired, according to the Washingtonian. The restaurant offered a special cocktail called “the Mooch” following his firing and shortly after decided to offer discounted drinks “anytime Trump fires a White House official,” according to their Twitter profile. 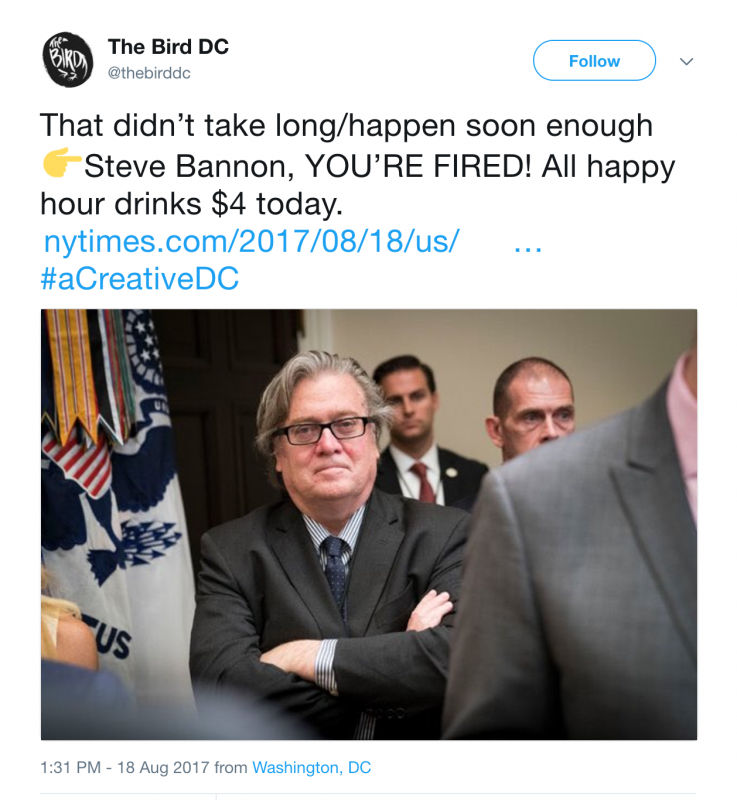 Well, it's great to see The Bird is using supply and demand marketing to make more money. Isn't capitalism amazing?