Cue The Outrage! Kayne West To Conservative: 'I Love The Way You Think'

"Victim mentality is not cool. I don't know why people like being oppressed," she added.

Owens said she told the Black Lives Matter protesters on Friday, that they were welcome at the Turning Point event and could get in line to ask any questions. She said they refused to do that and instead heckled her.

Leftists on Twitter than flew into an outrage, tweeting insults to both Owens and West.

"In about 10 seconds I became a KKK member, anti-LGBT, you name it," Owens said. "Just because I think differently and I refuse to accept this narrative that I'm a victim. I'm not a victim."

West went on to continue tweeting about having “freedom of thought” and others “demonizing” people who see something positive in others. 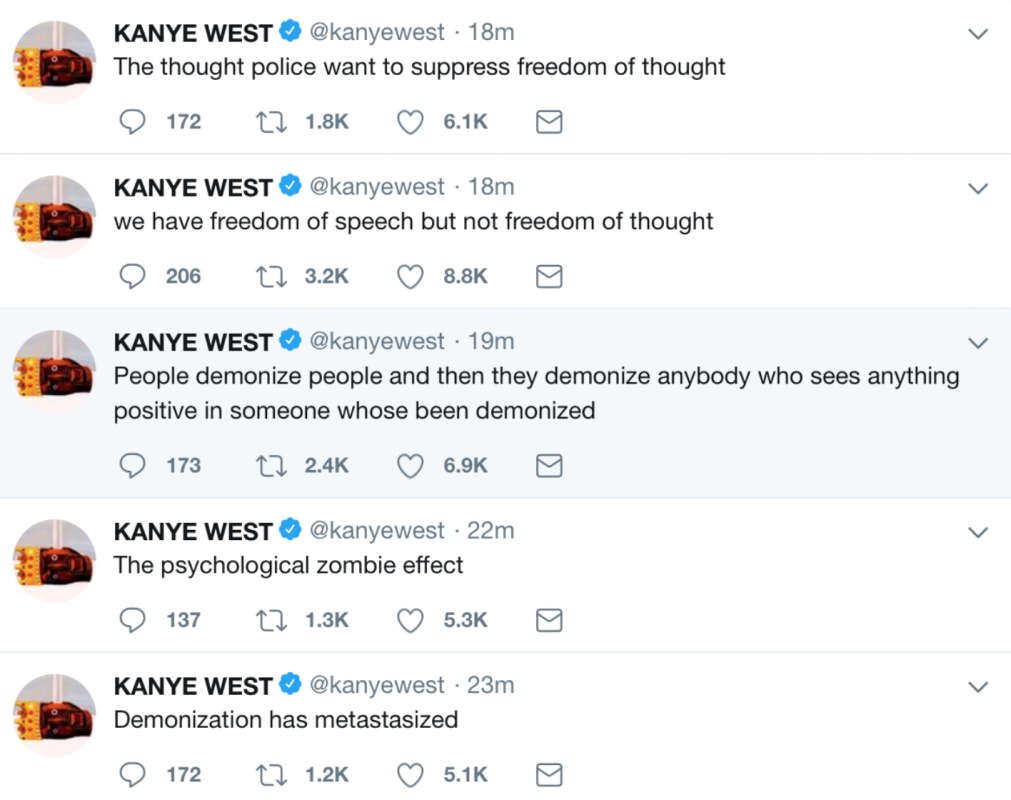