Climate control alarmists — that’s what I’m calling climate change now, because the religion’s followers think they have the power of God to control the weather — are near hitting the peak of their stupidity masquerading as a cultish religion. One climate control organization has listed 10 steps the whole world has to be tortured by in order for them to possibly have their way with the weather.

The list, published by the International Energy Agency [IEA] (so more unelected people telling you how to live), includes suggestions like “Work from home up to three days a week where possible,” “Car-free Sundays in large cities” and “Prefer high-speed and night trains to planes where possible.”

How about no, no and no?

Here’s a screenshot of the chart of the list: 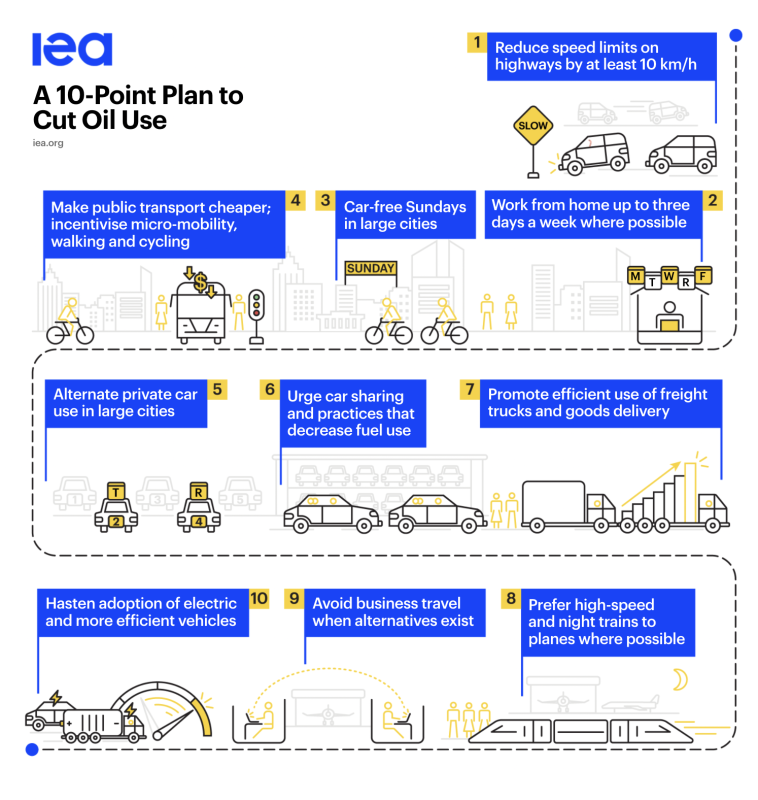 Perhaps the dumbest and biggest pipe dream (pun very much intended) on the whole list is people not being allowed to use their cars on Sundays in big cities.

Related: WATCH: Biden Is Putin His Climate Agenda Into Action - Things That Need To Be Said

I’ve been asking this question more and more lately, but, ‘What the hell is the matter with these people?’ Do they think EVERYONE is going to get onboard with this cult mentality?

By not allowing people to drive cars in big cities, does that include taxi, Uber and Lyft rides? And they specifically mention cars, but how about SUVs? Of course I’m being a little ridiculous and difficult, but then again, this whole climate control push is ridiculous and unnecessarily difficult.

Do they still sell those old Hummers that get seven miles to the gallon? I think I suddenly want to be in the market for one of those — and only drive on Sundays.