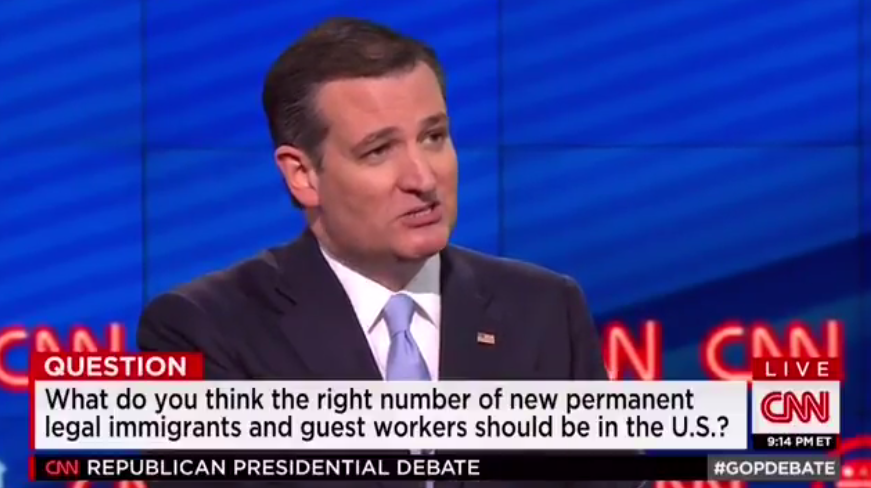 He laid out his immigration plan, which includes building a wall, tripling border patrol, and putting an end to sanctuary cities.

“And let me tell you how we’re going to do that: We’re going to cut off taxpayer funds to any city that defies federal immigration law,” said Cruz.

In addition, if elected president, he plans to end welfare benefits for illegal immigrants.

“We can solve these problems,” Cruz went on. “It’s not that we don’t know how to do it. It’s that we’re lacking the political will.”

Listen to the rest of Cruz’s remarks in the video clip below.

Ted Cruz: We are going to end welfare benefits for anyone who is here illegally #GOPDebate https://t.co/aTfxhQipGk https://t.co/nFXJZd6Pxn