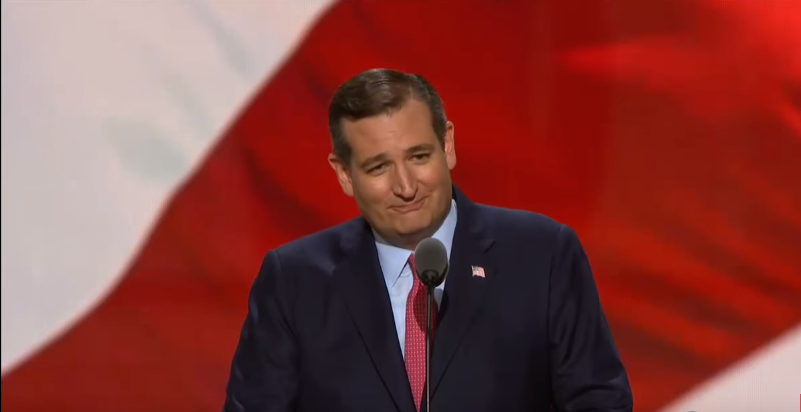 Wednesday night at the Republican National Convention, Trump's toughest competitor during the primary, Texas Senator Ted Cruz, was given the opportunity to speak. He congratulated Trump on his victory, made some jabs at Hillary Clinton, and added his approval to some of Trump’s more infamous policies. He did not, however, endorse Trump. Instead, at the end of his speech, Cruz called for Republicans to not “stay home in November,” and to “stand and speak and vote your conscience.”

There has been a mixed reaction to Cruz withholding his endorsement for the Republican presidential nominee.

“I think it was awful,” said Christie. “And quite frankly, I think it was something selfish. And he signed a pledge. And it’s his job to keep his word.”

All Republican candidates signed a pledge to support the eventual Republican nominee, and the breaking of this pledge was described by Michael Cohen, Trump’s lawyer, as “political suicide.”

Others had a more positive view of the speech. Paul Krugman, economist and Nobel laureate, claimed that Ted Cruz was the only “major Republican figure whose dignity is still intact.”

Cruz released a statement Thursday morning defending his actions and making it clear that he did not endorse Tump.

“I am not in the habit of supporting people who attack my wife and attack my father,” he said to a cheering crowd at a live press conference. He went on to explain that his promise to support the future Republican nominee was voided when Trump started to personally insult his family.

“And that pledge was not a blanket commitment that if you go and slander and attack Heidi, that I’m going to nonetheless come like a servile puppy dog and say thank you very much for maligning my wife and maligning my father.”

Ted Cruz: "I am not in the habit of supporting people who attack my wife and attack my father." https://t.co/LMsN84Z2IT

To a heckler who made crying motions at him from the back of the room, Cruz responded that he “hopes you have a similar view if someone attacked your wife and father.”

“This is not a game, it is not politics, right and wrong matters we have not abandoned who we are in this country.”