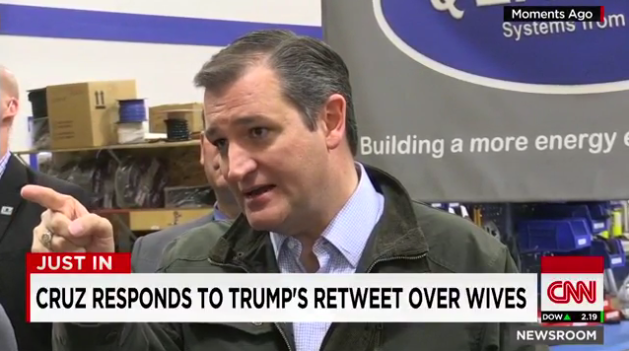 When asked whether he will support Trump if he gets the GOP presidential nomination, Cruz replied, “I’m gonna beat him for the nomination.”

“Donald Trump will not be the nominee,” he insisted.

Listen to his fiery remarks in the video clip below.