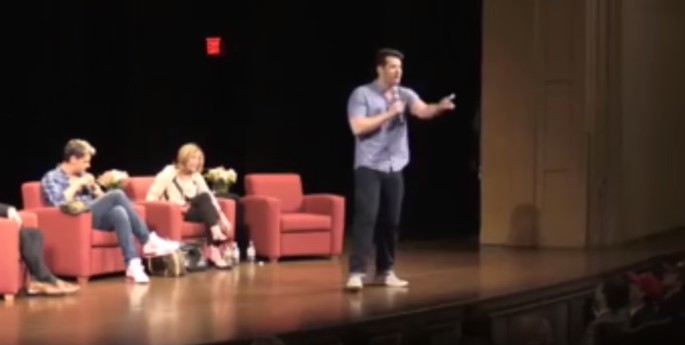 The social justice warriors at the University of Massachusetts (UMass) got a taste of their own medicine Monday evening when they were taken to task by conservative comedian Steven Crowder.

Crowder was set to “tell a few jokes” and have an open conversation about free speech at UMass alongside former philosophy professor Christina Marie Hoff Sommers and conservative provocateur Milo Yiannopoulos.

The liberals, however, could not let this stand, and began to heckle, boo and hiss toward the stage as Crowder was getting ready to deliver his opening remarks.

That's when Crowder went off, and it was phenomenal:

Let’s do some reality checks here. Do you have any idea, sir, how pathetic it must be to be you?  These people wanted to come out and have a good time, hear a few jokes, some thoughtful discussion, but your head pops off the pillow in the morning with ‘Oh! How can I be a professional victim today?’ And screw with their act just because, oh my God, your parents didn’t tell you your opinion wasn’t worth that much.

The crowd roared with applause along with Yiannopoulos and Sommers.

Crowder then mocked the immaturity and hypocrisy of the heckler's interruption:

We wanted to come out here and tell a few jokes. We wanted to have a thoughtful discussion. We want an open conversation of ideas. You guys can’t be grown adults enough to literally wait 10 minutes to the point where we open the floor. And unlike leftists, guess what? We don’t try and ban you when you’re speakers come to school. We don’t show up and protest.

In the video, which last just under five minutes, Crowder had a lot more to say to the disrespectful students who could not wait their turn to be heard.Check it out here (but be aware that it contains graphic language):