For example, if you’re such a crap parent that you not only allow, but intentionally push your very young child to kowtow to the gender-bending alphabet mafia because it fills some bizarre left-wing attention void in your life, you shouldn’t be allowed to have kids.

Take this whackjob of a mom, for example. In a Facebook post re-published by the Post Millennial, she explains that her twin six-year-old kids – one of whom she claims is “non-binary” – were complaining about having to use “they/them” pronouns because it was too hard to remember.

Score one for the kids. Their smarts must come from their dad.

Or maybe not, if he allows this: in order to indoctrinate her children with language-butchering propaganda and make sure they parrot it back, Mommy Dearest has a special, non-binary doll named “Kai.”

“I set Kai on the dining room table. Every time they use Kai's pronouns correctly, they get an M&M."

Got that, kids? Use the right pronoun, get a free cavity. 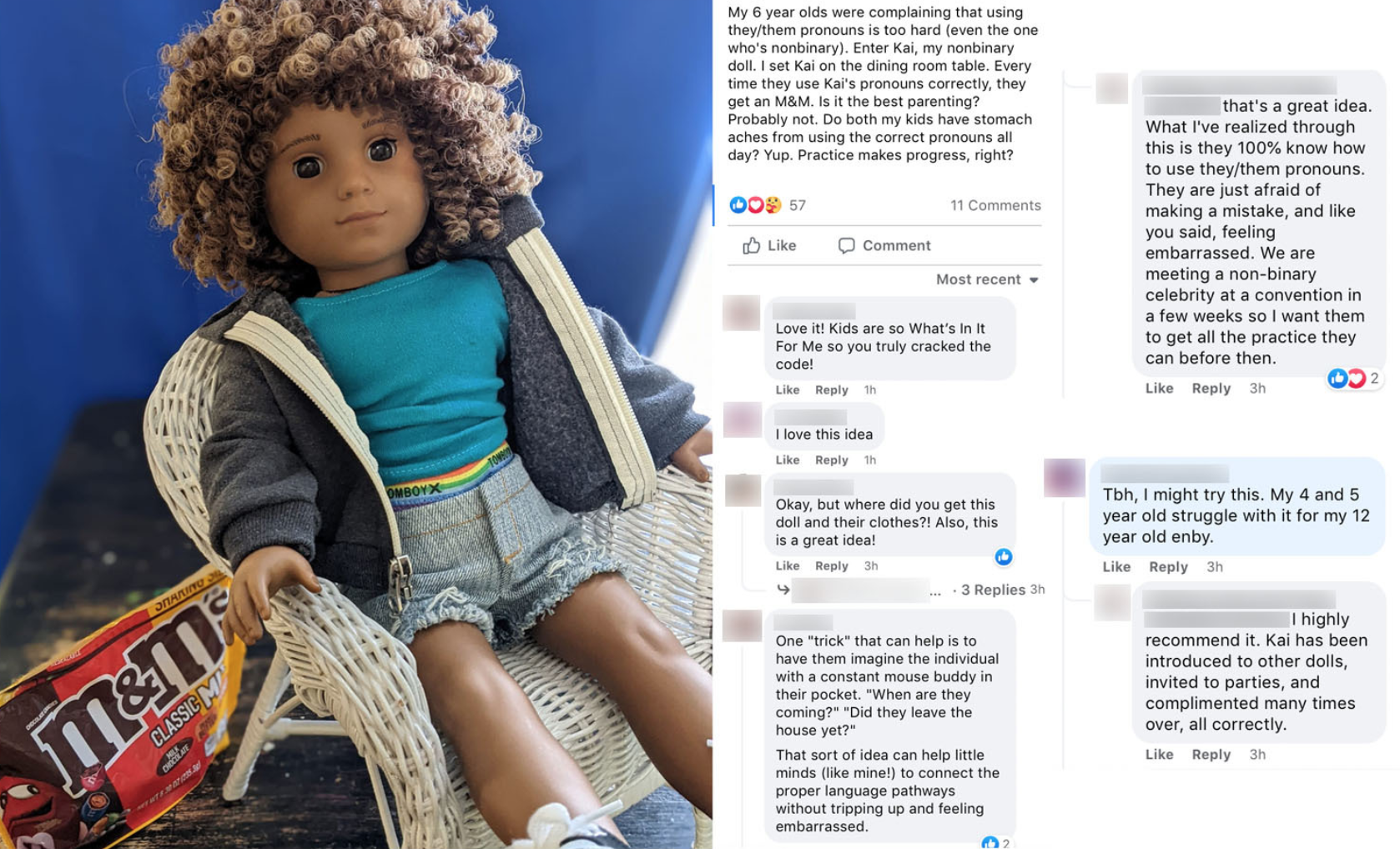 The Post Millennial adds that in the comments section below this bizarre admission of child abuse, the woman adds that she wants her kids to "get all the practice they can," before they meet a "non-binary celebrity" at an event next month.

Other parents also shared tips and self-admitted “tricks” to helping force their kids to use plural pronouns for “non-binary” individuals, including telling them to "imagine the individual with a constant mouse buddy in their pocket" so the kid consistently uses "them" instead of "him" or "her."

Another commenter said she'd love to try out the genderless doll plan, as her 4- and 5-year-olds can't seem to remember to use the plural pronoun for their 12-year-old, non-binary sibling.

God help us all.