CoverGirl, the makeup brand that is known for introducing young girls to the world of makeup with their celebrity partnerships, just announced its first male CoverGirl. 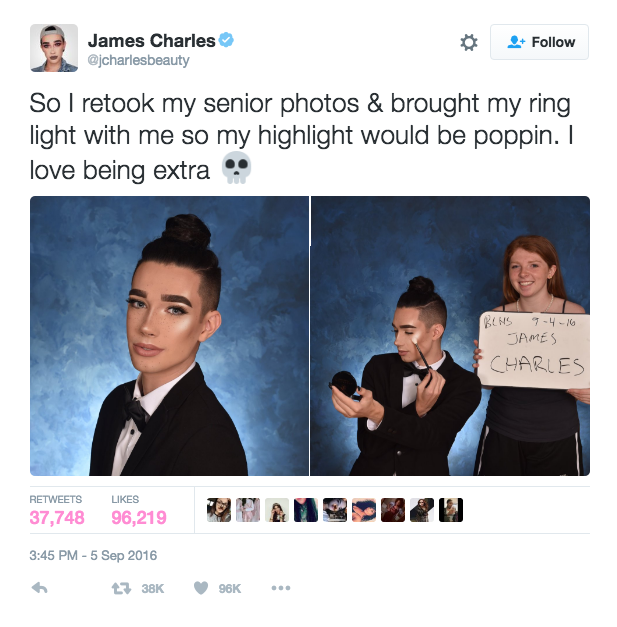 Capitalizing off his popularity, CoverGirl publicized their partnership with Charles on Tuesday. In a post on Instagram, CoverGirl wrote, “Meet @JCharlesBeauty: makeup artist, boundary breaker, and the newest COVERGIRL! Spread the word by regramming using #COVERGIRLJames.”

Charles also posted a video about how he’s the first male CoverGirl on his Instagram page:

On his Twitter, Charles posted a photo alongside fellow CoverGirl Katy Perry: 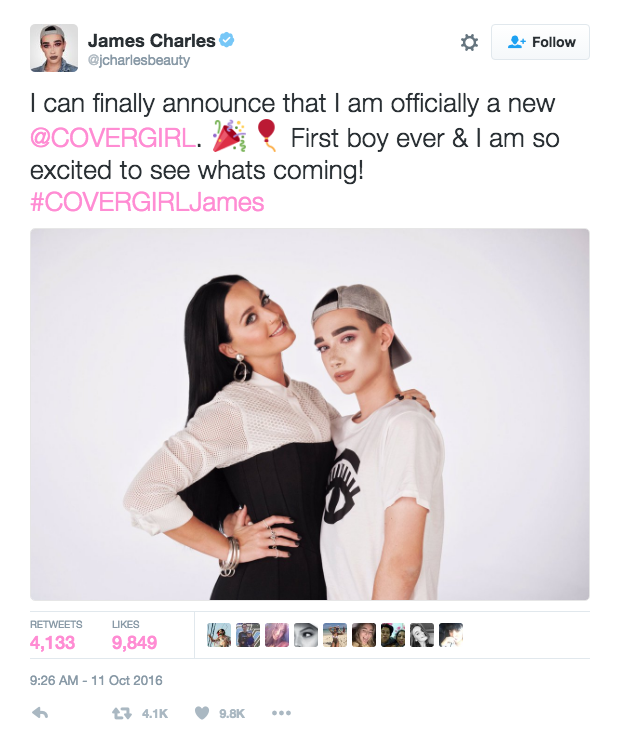 Charles told BuzzFeed, “I really hope that as the first male CoverGirl that I am able to inspire others and give other people confidence to try out makeup! Hey, if a random 17-year-old guy can do it, you DEFINITELY can too!”

He said, “Breaking gender norms just comes instantly as soon as a boy is comfortable and confident enough to put on makeup. I think it’s so important to love who you are and be comfortable in your own skin.”

James has a large following on Instagram, with over 439,000 followers subscribing to his photos. He also has over 71,000 followers on YouTube, where he posts makeup tutorials.