In the wake of the mass shooting that left at least 58 dead and more than 500 wounded during a country music concert in Las Vegas Sunday night, many country music stars took to Twitter to send their prayers, condolences, and support to the victims of the tragedy.

Jason Aldean, who was on stage at the time of the shooting, responded to the tragedy on Instagram, posting: 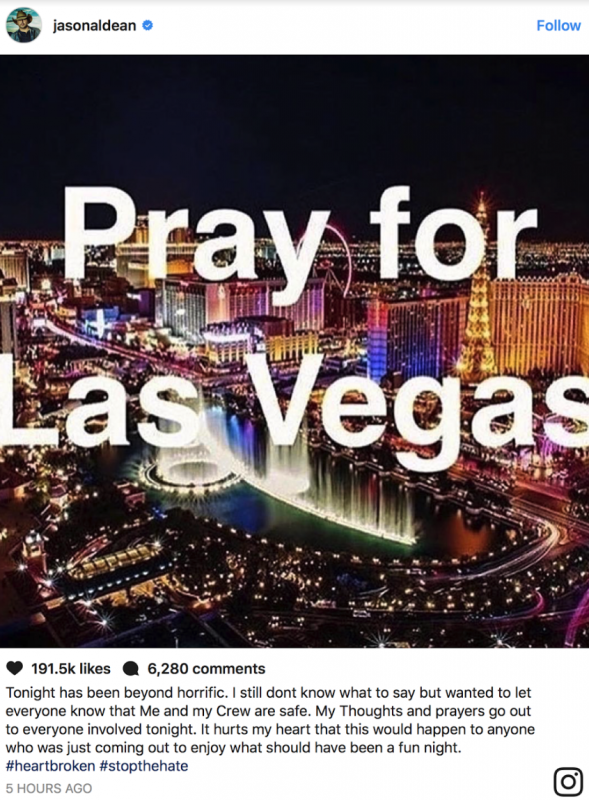 Other stars jumped online to send a message of solidarity including, but not limited to, the likes of Darius Rucker and Carrie Underwood.

Words can't begin explain my sadness. My family and I are praying for the victims of this tragedy. Truly heartbroken.

My deepest sympathies and prayers to anyone has been affected by the Vegas shooting last night. I don't even know anymore... Why?

Love and prayers being sent to everyone in Vegas.

Woke up to such horrible news. We are praying for the victims and their families. May the Lord bring some comfort to them.

Stilled and speechless... Our hearts and prayers are with everyone involved and affected. - KU

If the tweets featured in this article do anything, they show that some issues don't need to be politicized and that we can find a way to come together.