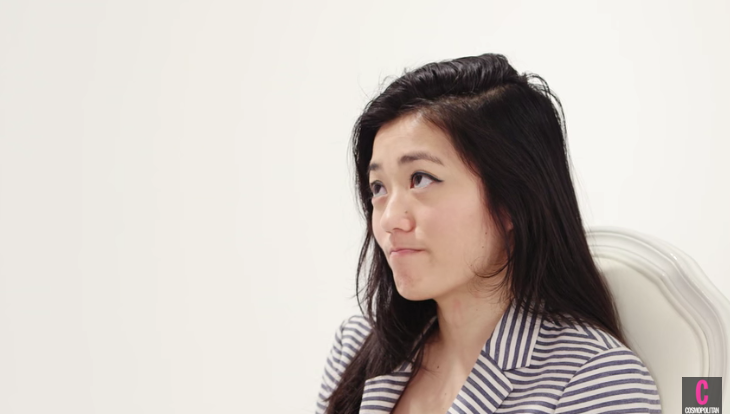 Cosmopolitan, the women’s magazine known for its “sex tips,” facilitated a conversation between gun-owning men and their anti-gun girlfriends.

Billed a way for women to “confront” their boyfriends, the four women in the video rolled their eyes, cried, and spoke of “death machines” while their boyfriends talked about the importance of the Second Amendment.

During their conversation, Jody told her boyfriend, Robert, that coming “from a non-American point-of-view, I think that Americans are used to the culture of like, freedom of speech…”

Jody rolled her eyes and cried as Robert said, “I think it’s important to protect the rights of responsible gun owners and I think it’s also important to make sure that people who have no business owning guns don’t get guns.”

During the conversation between and Maggie and her boyfriend, George, Maggie described guns as “extremely powerful death machine[s].”

Maggie told George she would not feel safe if they had children if there were guns in the house.

In response to George begging her to try shooting a gun once, Maggie said, “No.”