Cosmo Calls a Sikh a Muslim To Promote Pro-Muslim Narrative

As part of an effort to try to shift the narrative away from Islamic terrorism in the wake of the Manchester Arena attack, Cosmopolitan intentionally conflated Muslims with Sikhs to promote the idea that Muslims are nothing but helpful and accommodating to those in need.

In a now-deleted tweet, Cosmo posted a photo of a Sikh man and wrote, “Muslim Taxi Drivers Took Kids Trying to Escape the Manchester Ariana Grande Concert Home for Free.” 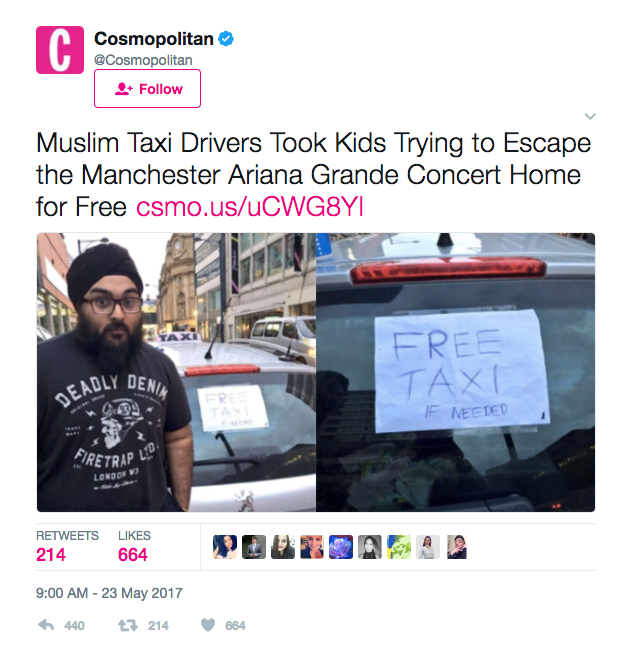 The problem is, however, the man in the photo is Sikh — which Cosmo's editors were apparently aware of when they published their tweet. 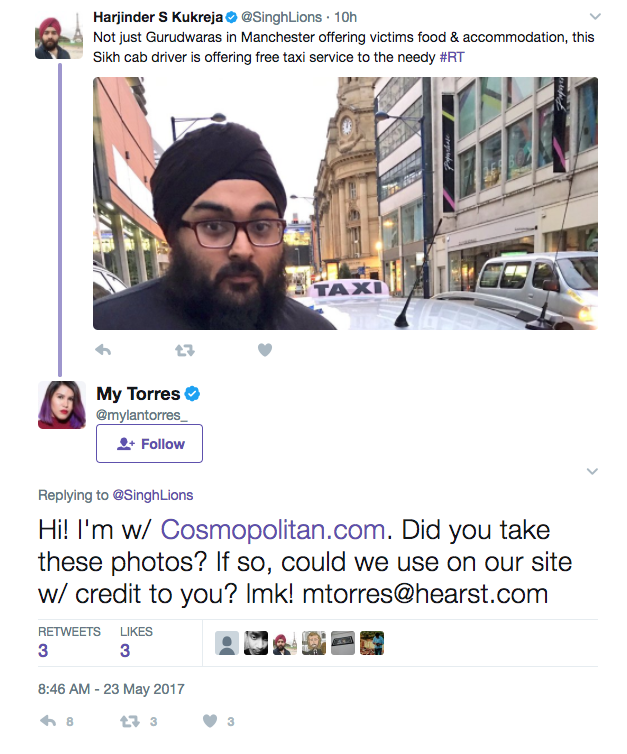 The Sikh Press Agency called out Cosmo for "misinforming MILLIONS."