Cory Booker Declares Himself 'Spartacus'...Then Proves Kavanaugh's Not a Racist

Sen. Cory Booker took a stand in the Senate Thursday.

Then promptly bumped into a pile of facts, tripped over his own shoelaces and proceeded to fall flat on his face.

In a grandstanding moment that simultaneously lasted forever and about five minutes, Booker dominated the Senate chamber during a hearing to confirm Trump SCOTUS nominee Brett Kavanaugh Thursday, threatening to “knowingly” break Senate rules by releasing confidential documents to the public about Kavanaugh’s record on racial profiling post 9/11.

“I am going to release the e-mail about racial profiling and I understand that the penalty comes with potential ousting from the Senate,” Booker dramatically waxed.

The New Jersey senator then went on to cry “civil disobedience,” repeatedly pat himself on the back for his bravery, channel his inner cheerleader in telling Senate Republicans to "bring it," and then declared himself Spartacus.

Unfortunately for Booker and his ego, it turns out the documents he was threatening to release in open violation of Senate rules had already been cleared. Fox News reports that after Booker had publicly posted the four “controversial” documents on social media Thursday morning, Republicans expressed confusion, saying the documents he’d released had already been approved for public reading.

If that weren’t embarrassing enough, it turns out the emails Booker insinuated would be the nail in Kavanaugh’s coffin turned out to be the exact opposite.

In the emails, Kavanaugh can actually be seen advocating against the use of racial profiling in security measures immediately following 9/11, pushing for a “race-neutral system” that still supports national security.

“Rather, the question is whether we should work toward a race-neutral system at all or whether we should instead permit the use of race as a factor in certain circumstances. My own view is that, as required by traditional Equal Protection standards, we must at least consider how to construct a race neutral system,” Kavanaugh wrote in a 2002 email. 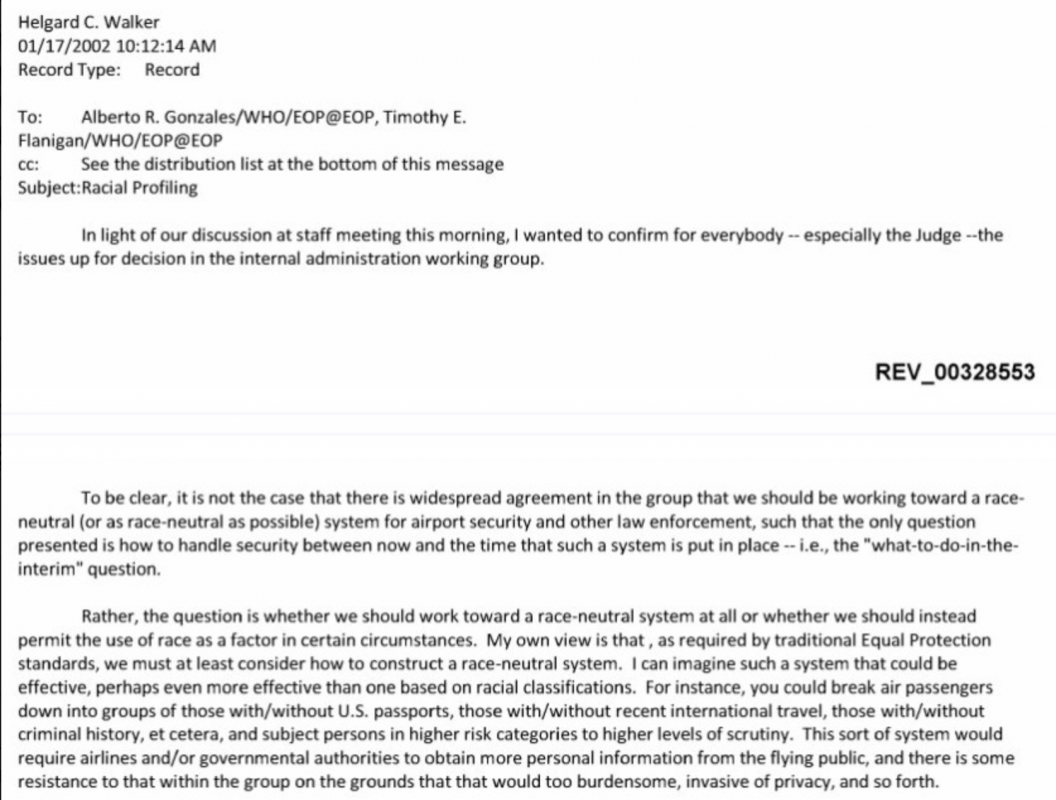