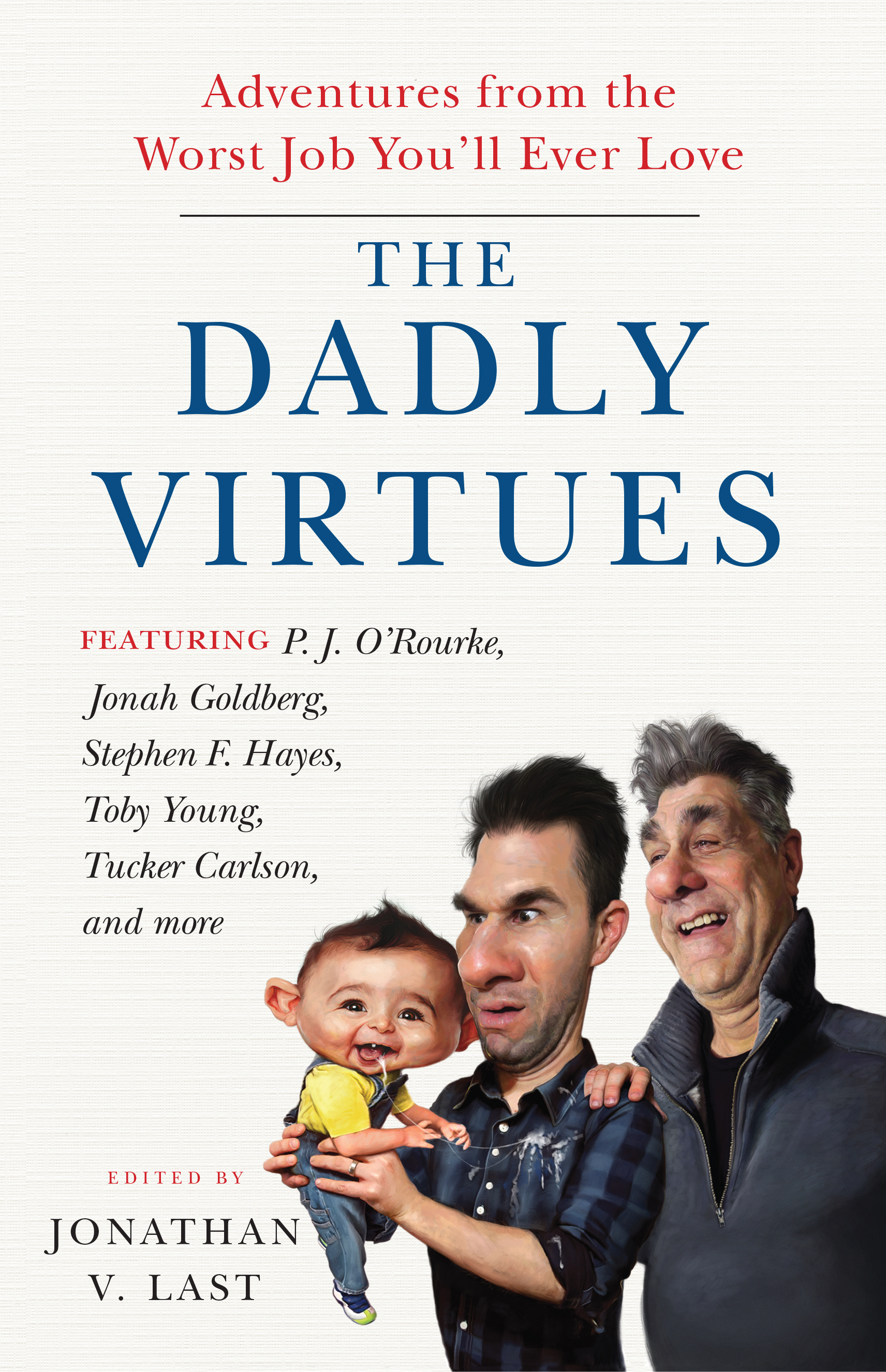 Some of the country's most highly-respected conservative journalists and opinion makers have come together and penned a new book.  While these journalists are best known for their writings on political matters, the subject of this new book is something far more important.  Parenting.  More specifically, fatherhood.

The book, entitled, "The Dadly Virtues:  Adventures From the Worst Job You Will Ever Love" is scheduled to be released on May 18th.  It's described as  "A laugh-out-loud guidebook to everything from exploding diapers to the birds and the bees talk.

Some of the fatherhood topics that are tackled in the new release Include:

- How to fill a kid’s life with adventure and excitement – without getting her killed.

-  Why a sibling is the best gift your kid will ever receive – even if they resent you for it.

- Mastering the art of changing a newborn’s diaper while keeping his urine off the wall.

While the book is intended to be a humorous look at parenting, the book's press release explains it was created in the shadow of an increasing number of American children finding themselves living in households without fathers present.

"At a time when 40% of children are born out of wedlock with no father committed to raising them and when manliness – and one of its central components, fatherhood – often seems under assault in the popular culture, THE DADLY VIRTUES is a hilarious rallying cry in defense of dads everywhere. "

While this may sound ominous, the book's authors assure readers that it takes a lighthearted approach to the subject of fatherhood and contains important life lessons for anyone who is a father or plans on being one some day.

You’ll laugh. You’ll cry. Above all, you’ll want to be a dad – and if you’re already a dad, it will make you nostalgic for the best moments of fatherhood and a little less depressed about the worst. "

The Dadly Virtues is published by Templeton Press