A group called the Conservative Action Project (CAP) is calling out to conservatives everywhere to get involved in their local polling place in order to “assure election integrity in 2020” concerning the upcoming presidential and general elections.

The group would like for people to vote in person this fall, but the primary call in a recent email memo is for people to work in their local polling place.

"We have seen a rush to expand mail-in voting this election season due to COVID-19. We are well aware of the risks of voting by mail. Even the New York Times has pointed out that 'votes cast by mail are less likely to be counted, more likely to be compromised, and more likely to be contested than those cast in a voting booth, statistics show,'" the CAP email says.

"We strongly urge all Americans to vote in person this fall. But that can only happen if polling places are operational and if citizen patriots step up to become election officials," the email continues.

“Poll watchers, election observers, and challengers, despite their various names, only observe the process and take notes,” the email memo reported.” Poll workers and election officials help to run the polling places and count the votes.”

The group is asking conservatives to get involved "to help ensure the security and integrity of voting."

Here’s a screenshot of the email: 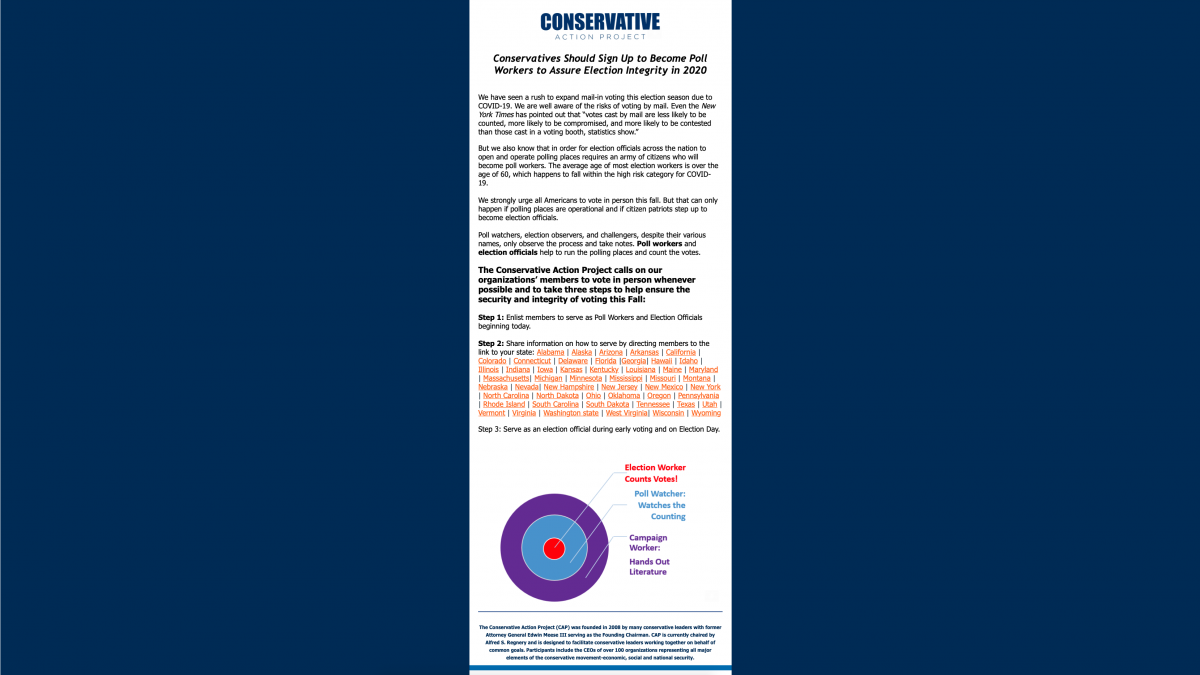 You can visit the Conservative Action Project’s website by clicking here.