Confidence in Police on the Rise, But Dropping Among the Left 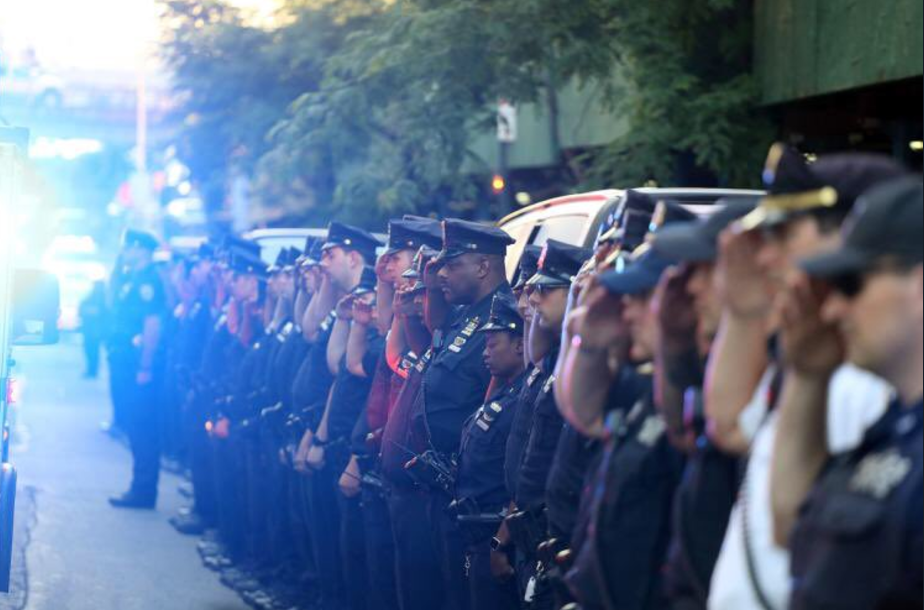 Americans’ confidence in the police has climbed back to its historical average in Gallup’s 25-year trend.

Fifty-seven percent (57%) of Americans now say they have “a great deal” or “quite a lot” of confidence in law enforcement, rebounding from a record-low of 52% in June 2015.

“The return to the historical average comes after confidence edged downward during the tumultuous years of 2014 and 2015,” Gallup reports. “Overall confidence fell from 57% in 2013 to 53% in June 2014, after the acquittal of George Zimmerman for the shooting death of black teenager Trayvon Martin. Zimmerman's acquittal led to the founding of the Black Lives Matter movement.

“Confidence in police then dropped to a record-tying low of 52% in June 2015, as the Black Lives Matter movement gained national attention with a series of protests against police shootings of unarmed blacks in New York City; Ferguson, Missouri; and North Charleston, South Carolina.”

“Only two other institutions (the military and small business) of the 15 others measured this year scored higher than the police,” writes Gallup.

While overall confidence experienced an increase, the measure fell among certain groups including Hispanics, blacks, liberals, and younger adults ages 18-34.

The drop in confidence is most significant among liberals and young adults.

Confidence also fell among Democrats and Democrat-leaning respondents, dropping from 52 percent to 44 percent. 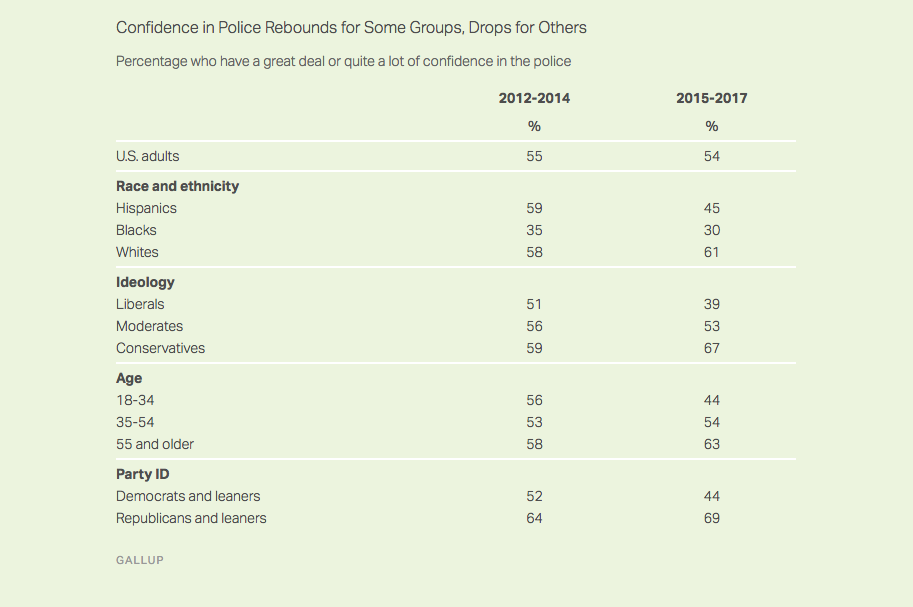 “The overall percentage of Americans who said they were confident in the police changed little from 2012-2014 (55%) to 2015-2017 (54%). But major differences have emerged among various subgroups over the past three years,” writes Gallup.

The results come just days after an NYPD officer was shot and killed in her patrol car in an “unprovoked attack.”

Officer Miosotis Familia, 48, was a mother of three and a 12-year veteran of the force.

Despite how police officers like Familia risk their lives every day to serve and protect, Americans, much like in Washington when it comes to politics, are divided over their confidence for law enforcement.