Late night hosts. What are they good for? Absolutely nothing.

In an attempt to throw shade at President Trump for his alleged comments that countries like Haiti are "sh*holes," late night host and former SNL writer Conan O'Brien visited Haiti to show that the country was a beautiful place to be. O'Brien was in Haiti filming segments for his show which he hopes to prove that Trump is full of hate. 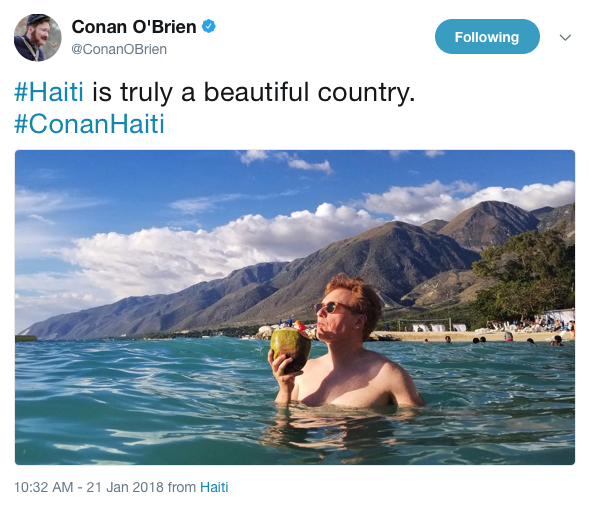 One problem. O'Brien took the picture in order to further a narrative against the president at a high-end resort that costs more than half the amount for one night as the average impoverished Haitian makes in a year. There's no doubt that O'Brien stayed in a suite, and those suites go for $254 a night at the Wahoo Bay Beach Club & Resort. What does $254 mean to the average Haitian?

According to the World Bank:

Haiti remains the poorest country in the Americas and one of the poorest in the world (with a GDP per capita of US$846 in 2014). According to the latest household survey (ECVMAS 2012), more than 6 million out of 10.4 million (59%) Haitians live under the national poverty line of US$2.41 per day and over 2.5 million (24%) live under the national extreme poverty line of US$1.23 per day.

Twitter wasn't having any of O'Brien's shenanigans, and they made sure O'Brien was aware of his "privilege": 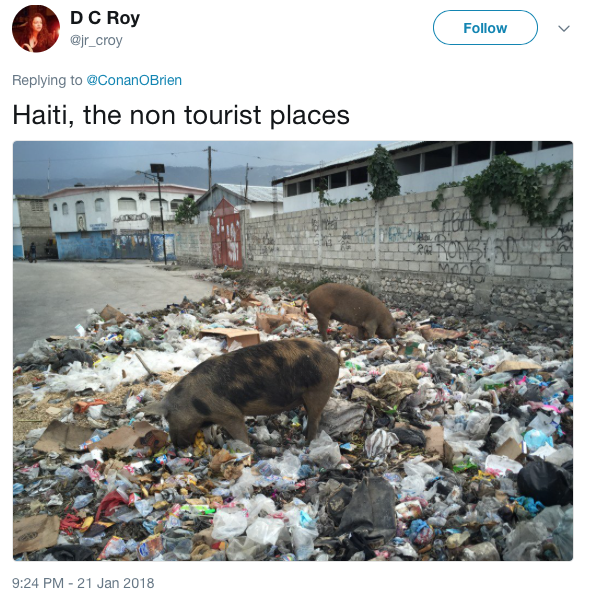 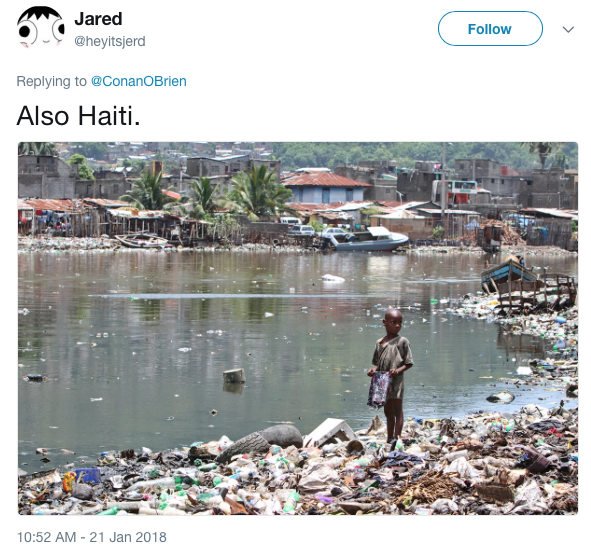 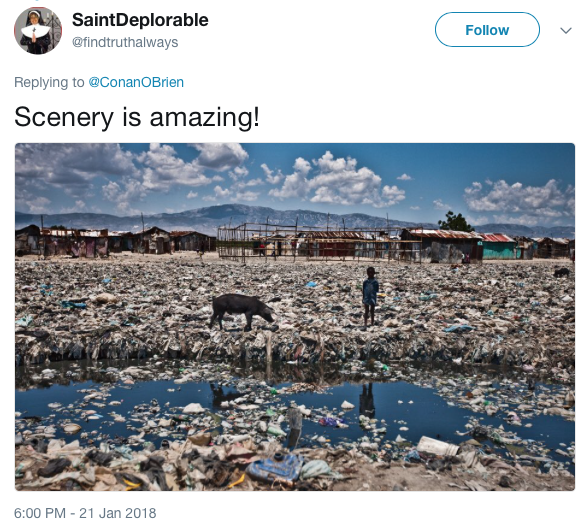 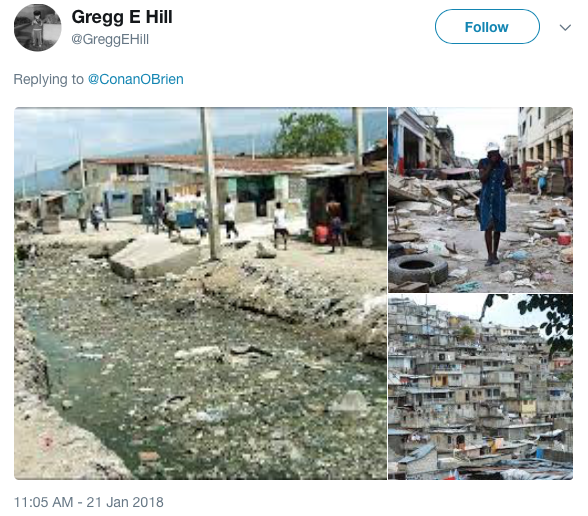 O'Brien then posted a picture of himself with his crew and a team of Haitian police to protect him from being overexposed to the sheer amount of beauty on the island. 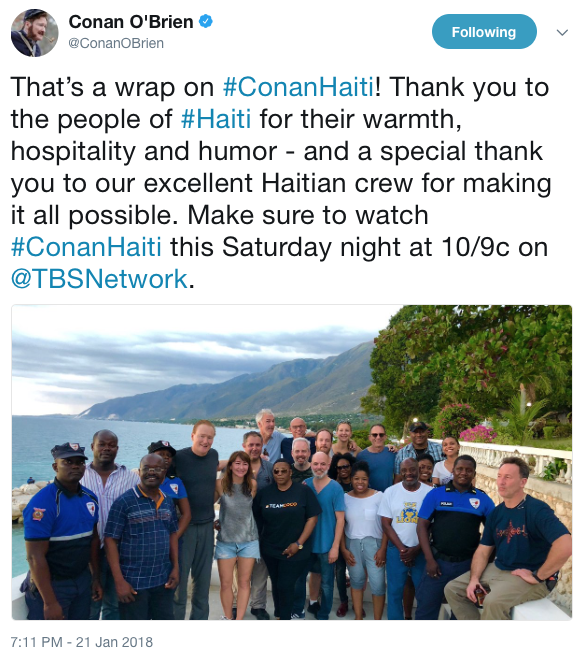 Thanks, Conan. You should sell your propaganda to the more easily led among us.