A 5th grade teacher in the Detroit Public Schools Community District thought it a good idea to teacher her class a lesson about Christopher Columbus Monday, so she wore a “Columbus was a murderer” sweatshirt to school.

“I wanted to wear this shirt to spark discussion,” Emma Howland-Bolton told WXYZ-TV. 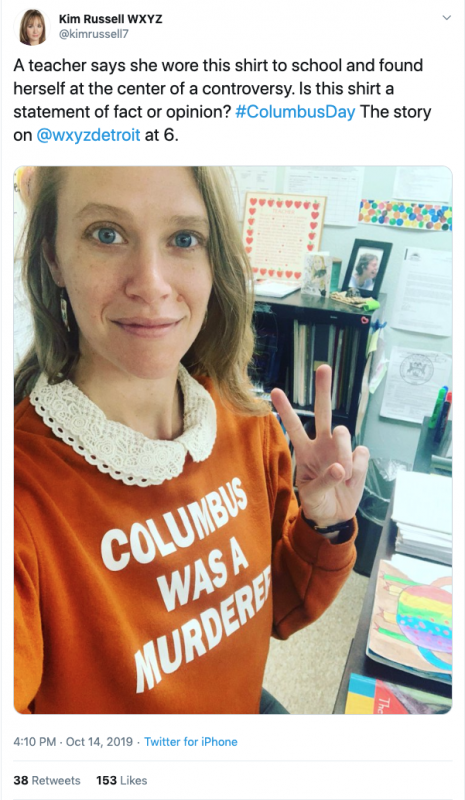 As the news outlet reports:

She [Howland-Bolton] says she wanted to have a conversation with her fifth-grade students at Clippert Multicultural Magnet Honors Academy in the Detroit Public Schools Community District, about how there are different perspectives. But instead, a school administrator asked her to take off the shirt. She soon feared she would be disciplined.

“I was informed that my shirt was my opinion and I countered with it is a fact,” she said.

Much controversy has taken place over whether Christopher Columbus Day should be renamed to Indigenous People’s Day. Howland-Bolton’s goal appears to be for pushing the day of a celebration for some, to the background.

WXYZ-TV posted the teacher’s story to their Facebook page and people shared their opinions both for and against. 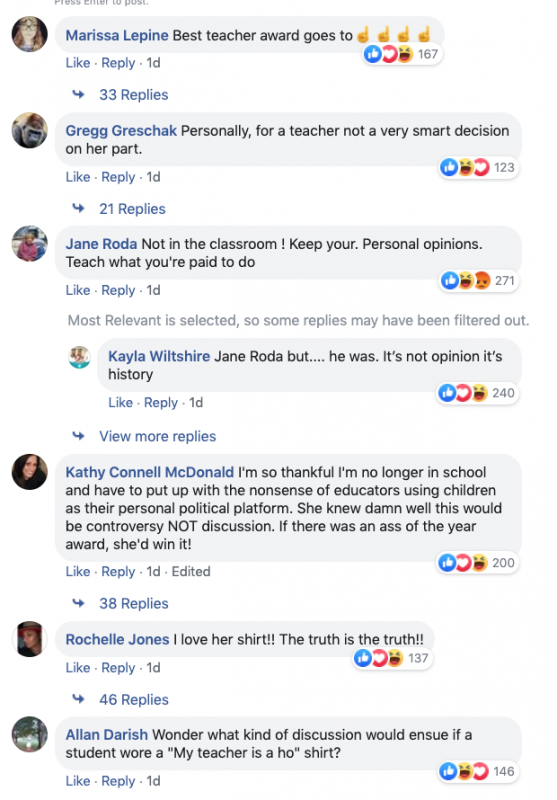 The DPSCD says they noticed the shirt first because sweatshirts are not part of the school’s business casual dress code and they added that the outfit was not “submitted as any lesson plan to be pre-approved.”

Howland-Bolton was afraid she would face discipline but she ultimately did not.