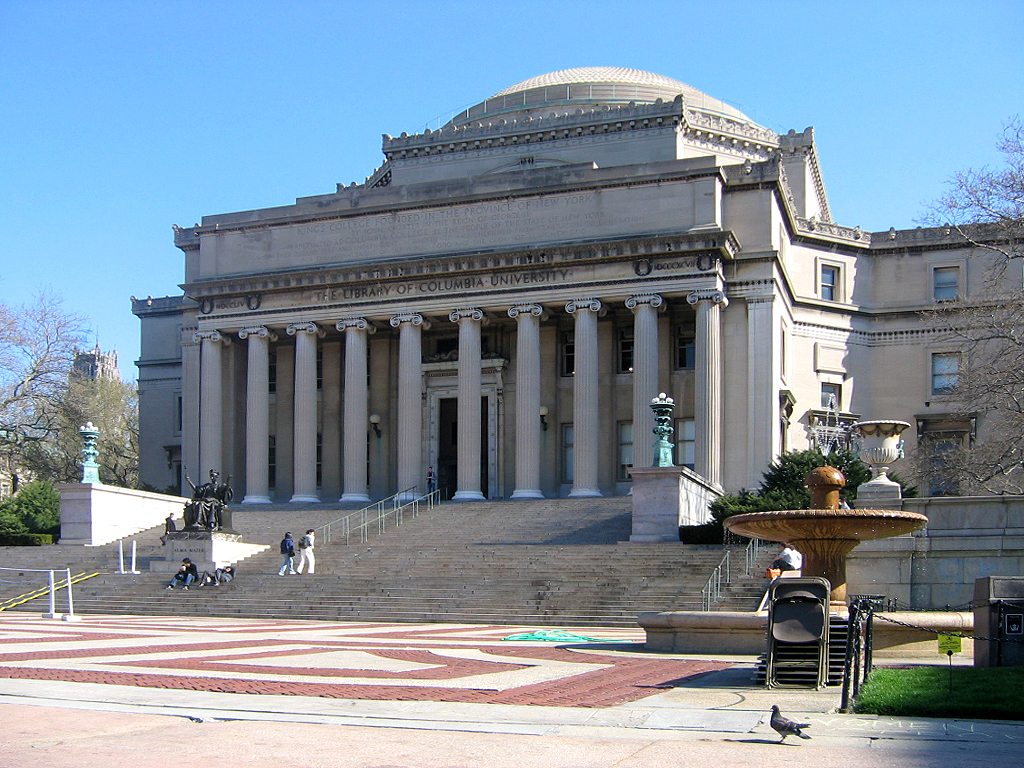 Columbia University is investigating a report of a hollowed-out book containing materials that “bear resemblance to Nazi imagery” allegedly found in the campus library, despite the possibility of the story being a hoax and despite people having the right to express their own political views. The witch-hunt comes after liberal groups called for the eradication of right-wing sympathizers from campus.

Columbia’s student-run website, BWOG, reported on Monday that a student worker in the library just so happened to come across a hollowed-out book containing information about a secret right-wing group on campus. The material inside the book allegedly contain references to the “Dark Enlightenment,” a reactionary anti-democratic movement.

The contents, which were claimed to have been placed in a manila envelope, allegedly ask students dates and times they’re available to meet and what topics they’re interested in discussing, such as “post-democracy,” “nationalism,” “alternative right,” “cultural Marxism,” and “economic systems.”

BWOG updated their story to include information about what they determined was a potentially real underground right-wing organization on campus, which advertised itself using elementary school WordArt and the words “Are you politically incorrect?” 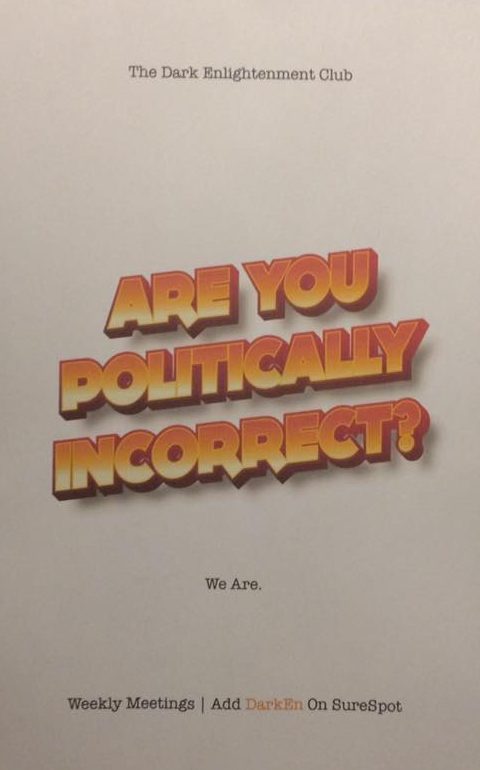 The staff at BWOG made sure to let everyone know how serious the issue of “Nazi imagery” is on campus by tagging the post with “awful terrible, dark enlightenment, how low can we go, nazism at columbia????, overseen, we didn't need this right before finals.”

Despite no one corroborating the story of the existence of the book or a secret organization for right-wingers on campus, the Columbia Students Against Trump jumped at the chance to blame the presence of “the far-right” on campus on Trump.

Throughout the "Columbia Spectator" piece, Columbia Against Trump and other organizations repeated over and over that people with ideas they do not agree with need to be “eradicated” and shut down with force by the university:

“While new information is still coming to light, in some capacity, far-right elements have a presence on this campus against which we must organize together to resist and shut down.”

“This activity—whether in response to Donald Trump’s campaign and election or predating him—is disturbing and must be combatted, silenced, and eradicated from our community.”

“The so-called “Dark Enlightenment”—a movement propagating ideas of fascism, white supremacy, and ethnic cleansing—is only one of many small but vocal forces supporting Trump’s hateful agenda across the country that must be stopped.”

“As a group of students, faculty, and staff committed to fighting President-elect Trump’s agenda of bigotry—opposing the far right in all its manifestations on our campus, and protecting our peers who have been made most vulnerable by Trump’s victory—we refuse to tolerate the normalization of white supremacy, Nazism or fascism in any form at Columbia.”

“We demand the University administration take every possible step to address the source of this racist material and to further investigate whether a white supremacist group has a presence on our campus, and if so, take bold and immediate action to eradicate it.”

“We will fight back until every member of our community understands that this hatred and cruelty, which can only be propagated by individuals seeking to defend and expand the privileges of the oppressor,  will not be tolerated at Barnard, Columbia, or our community at large.”

The organizations behind the Columbia Spectator piece appear to miss the irony of talking about eradicating people for their political beliefs and shutting them down while accusing other people of being Nazis. They also do not seem to understand that pushing people out of the mainstream by talks of punishment and “eradication” often lead to more underground groups with more extreme views.

BuzzFeed also seized the opportunity to blame the rumor about the existence of the book (which has still not been confirmed) on Trump.

In Tasneem Nashrulla’s piece, she claims Trump is the cause of growth in white nationalism:

“The current white nationalist alt right movement — which grew in prominence largely due to Donald Trump’s campaign and his victory — draws from some of the ideas espoused by proponents of the Dark Enlightenment movement, including the English philosopher Nick Land and the the American computer programmer Curtis Yarvin (aka “Mencius Moldbug”), BuzzFeed News has previously reported.”

Even though she was reporting on the topic, Nashrulla fully admitted the book could possibly be part of a hoax.

She noted a student told her, “I don’t know if this is ultimately a hoax.”

Despite -- again -- no one proving the book in the library is actually real and part of an underground right-wing group, Columbia told BuzzFeed they are looking into the matter.

“We are aware of the student blog report about a hollowed-out book discovered in Butler Library containing disturbing materials," they said. “We are investigating the matter, but at this point cannot confirm the published account.”