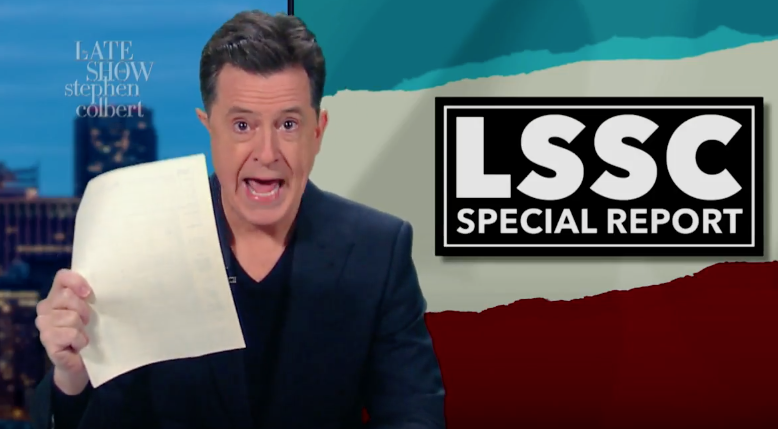 By now, we’ve all heard or seen the embarrassing segment on MSNBC in which Rachel Maddow inadvertently proved that President Trump paid more money in taxes, and a higher percentage of tax (24 percent), than both former president Barack Obama (19 percent) and Sen. Bernie Sanders (13 percent, go figure). Maddow's terribly long-winded monologue ended up leading to a giant nothingburger, ostensibly doing more to help Trump than to hurt him, which was clearly her aim.

Late-night talk show host Stephen Colbert decided to take a swipe at Maddow’s segment by impersonating the MSNBC host on his show, “The Late Show with Stephen Colbert” Wednesday night.

The segment was more mocking of Maddow’s mannerisms (pun not intended, but certainly funny) than the content of the Trump "tax reveal" broadcast.

Colbert could not have looked more like a 50-year-old lesbian if he tried.

Colbert nailed Maddow's mannerisms and knocked the impersonation out of the park, going even further by mocking Maddow’s propensity to embellish stories and analyze non-sensical talking points. The “Late Show” host went on to mock Maddow’s reveal of Trump’s taxes by using an old joke that he mockingly claimed that the joke “has been confirmed to be heard by Donald Trump.”

It was a nice change of pace, for once, to see one of the typically liberal leaning late-night talk shows poke fun at a fellow liberal who is usually left alone.

For the video, watch below: