CNN's Chris Cuomo Claims 'No One's Calling For a 2A Repeal.' There's Just One Problem.

CNN's Chris Cuomo tweeted Tuesday claiming that “no one’s calling for a 2A repeal" or "proposing an unconstitutional taking of any right," alleging that those who cry foul over a proposed all-out gun grab are creating false “bogeymen.” 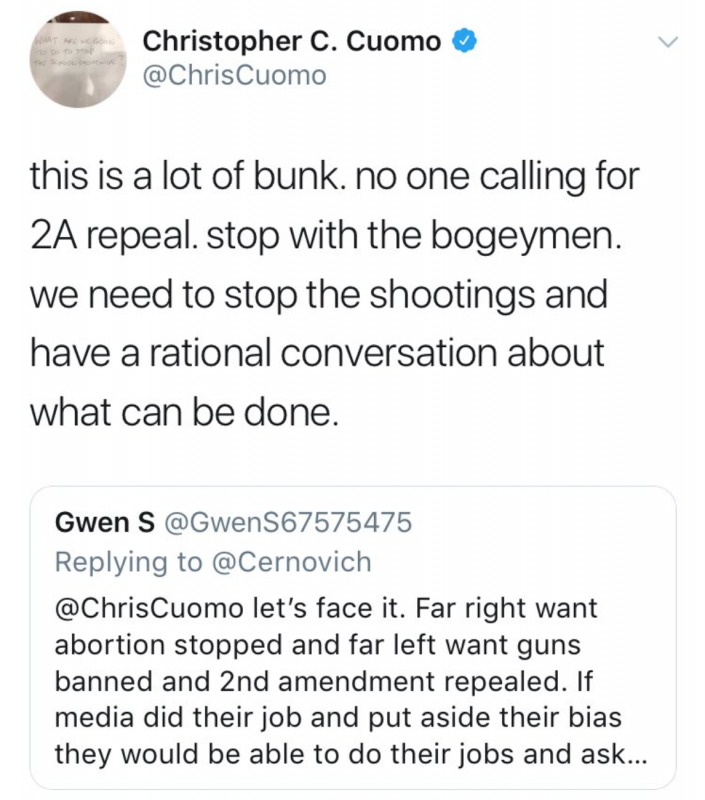 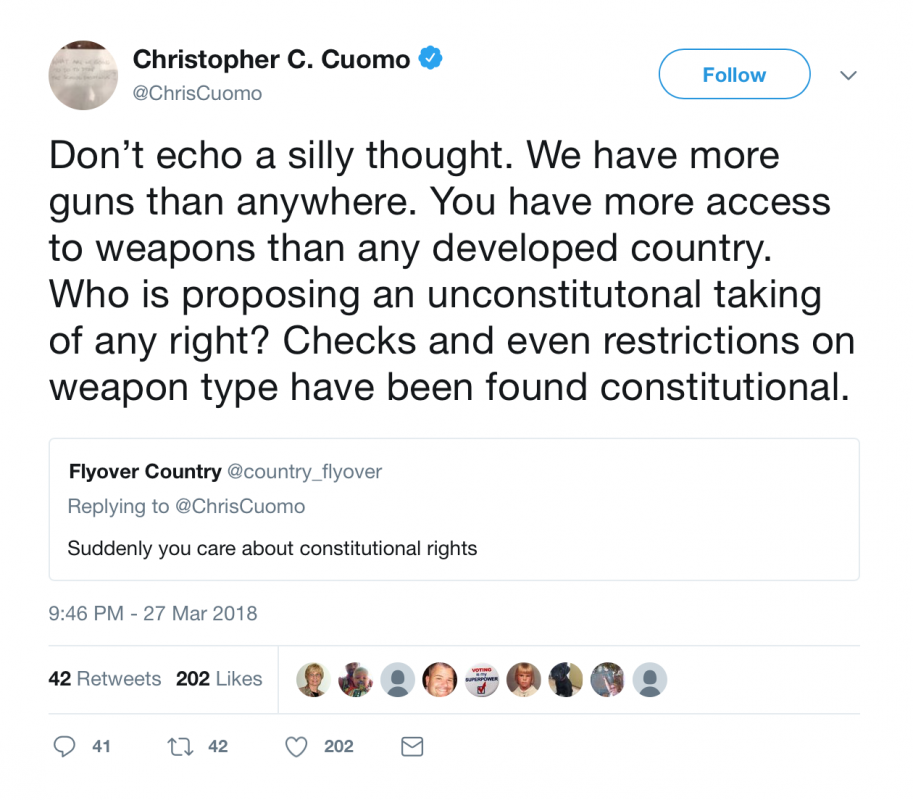 There’s just one tiny fly in that logic ointment, and it comes in the form of all those people who’ve been..well, openly calling for a 2A repeal.

Here’s one from Rolling Stone: “Why It’s Time to Repeal the Second Amendment.”

Then there were all these fools at the March For Our Lives calling for – what now? – take away everyone's guns and repeal the Second Amendment. 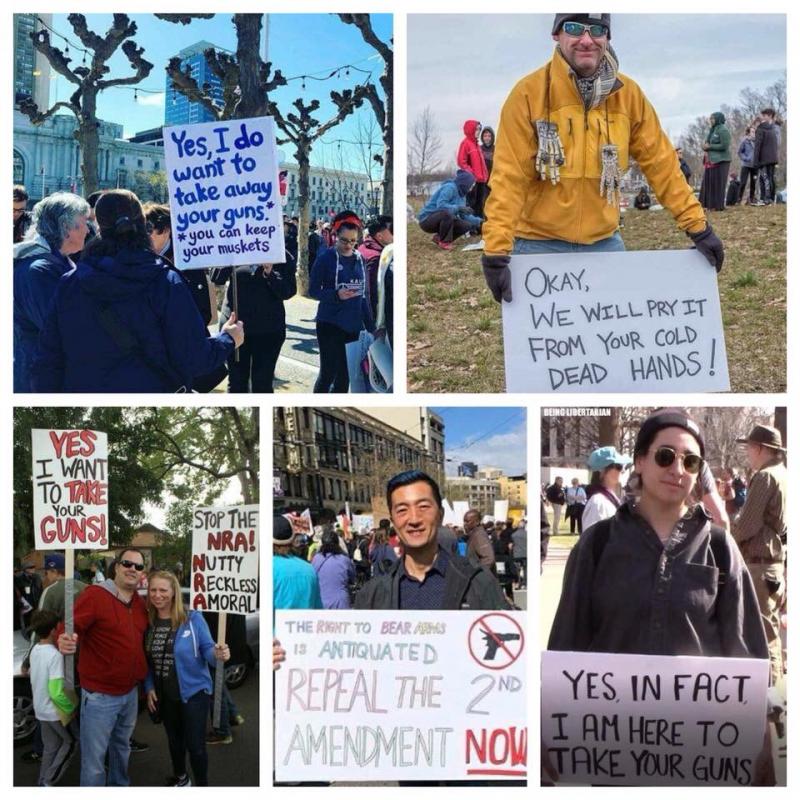 Then again, it IS Chris Cuomo, and he DOES anchor for CNN.