CNN Says Defunding Planned Parenthood Makes A Woman Cross The Border, But She Could Just Cross A Street

CNN and Planned Parenthood allies have struck gold with a heart-wrenching story about a young mother who says she would be forced to travel to Mexico if the GOP's proposed healthcare bill passes. The only problem: it may, in fact, be fool's gold.

Ariana Gonzalez, a mother of two from El Centro, Calif., says that if the Republican health care bill passes and Planned Parenthood is defunded, she will have to travel to Mexico in order to get her birth control.

But the Planned Parenthood Clinic in Imperial County, where Mrs. Gonzalez and her family reside, is only two years old. Gonzalez herself spoke out in favor of its opening to local news media when the controversial clinic came to town.

Secondly, if Gonzalez's claim is true, it would mean that there were no other alternative clinics that offer birth control in her area. Even Gonzalez admits that she could see her local gynecologist, but getting an appointment is difficult and hard to plan around work.

Interestingly, though, her local Planned Parenthood in El Centro is closed from Friday to Sunday every week.

A quick search of community health providers on the website Get Your Care shows there are at least six clinics within a 25-mile radius of El Centro. All these places provide access to birth control, including El Centro Regional Medical Center, which is actually three minutes away from the El Centro Planned Parenthood. 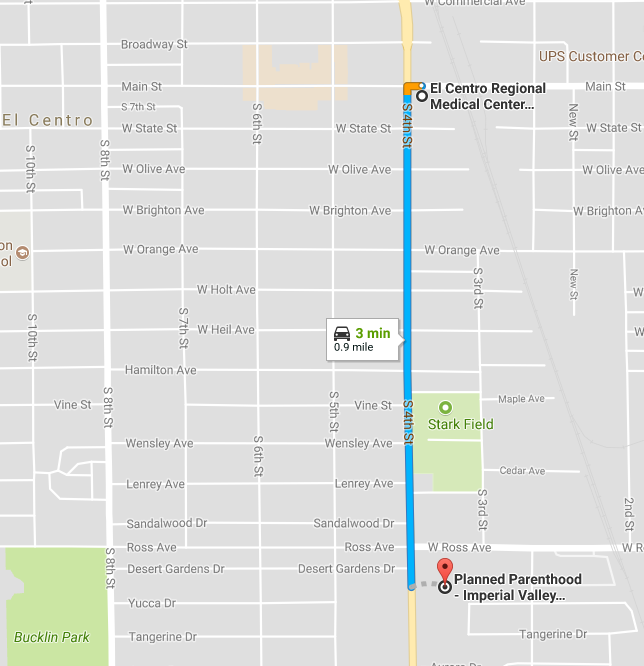 We all understand the inconvenience that comes with scheduling a doctor's appointment. But if that's an issue in El Centro, there are at least two other clinics in Calexico which provide contraceptive services, both of which are a lot more convenient than heading to Mexico.

Gonzalez is no doubt a great spokesman for Planned Parenthood's birth control access. She is young, articulate and has an inspiring background story. After becoming pregnant at 15, she went on to marry her husband Kevin and now works as a high school teacher.

She has chosen life for her two children and, sadly, has struggled with miscarriages. A horrifying situation, no doubt, but her argument in favor of Planned Parenthood leaves out a few pertinent facts regarding health care in her area.

Perhaps, instead, this should call us to revisit the doctor shortage, an issue only exacerbated by Obamacare, according to the Pacific Research Institute.

This issue does not come up in the CNN article, though, which cites statistics from the Guttmacher Institute, a pro-abortion research arm of Planned Parenthood. As long as Planned Parenthood is getting its government funding, no questions are asked.