CNN Host Implies It's Illegal For You to Read WikiLeaks 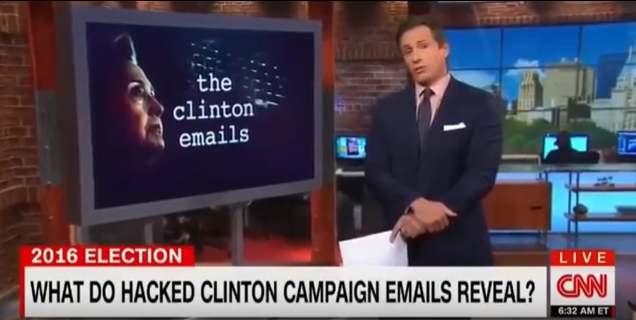 CNN's Chris Cuomo told his audience on Wednesday that the public should rely on the media to tell them what's in the WikiLeaks emails, otherwise they're breaking the law.

“Remember, it’s illegal to possess these stolen documents,” Cuomo said. “It’s different for the media, so everything you learn about this, you’re learning from us.”

Cuomo is wrong. Legal experts disagree on whether government prosecution for downloading stolen files is legitimate. However, the WikiLeaks emails do not have to be downloaded in order to be viewed, as they are openly available on a website that can be easily accessed by anyone.

Karle said, “Sony Pictures has lost control of its information. The documents have been published by the hackers. They are now public by virtue of being put on the Internet.”

Karle compared leaking private emails and financial pages on the Internet to displaying them on a billboard in a big city for the public to see. “Do you really expect people to drive through L.A. and not look up at the information there?”

There is no legal constraint on reading the WikiLeaks emails, regardless of Cuomo’s attempt of intimidation.