CNN claimed in a Father's Day article published Friday that a man had given birth to and breastfed his son, and is now grappling with how to be a good father to this little boy.

Yeah, you read that right. It wasn't a typo.

Here’s the article, as it graced my newsfeed: 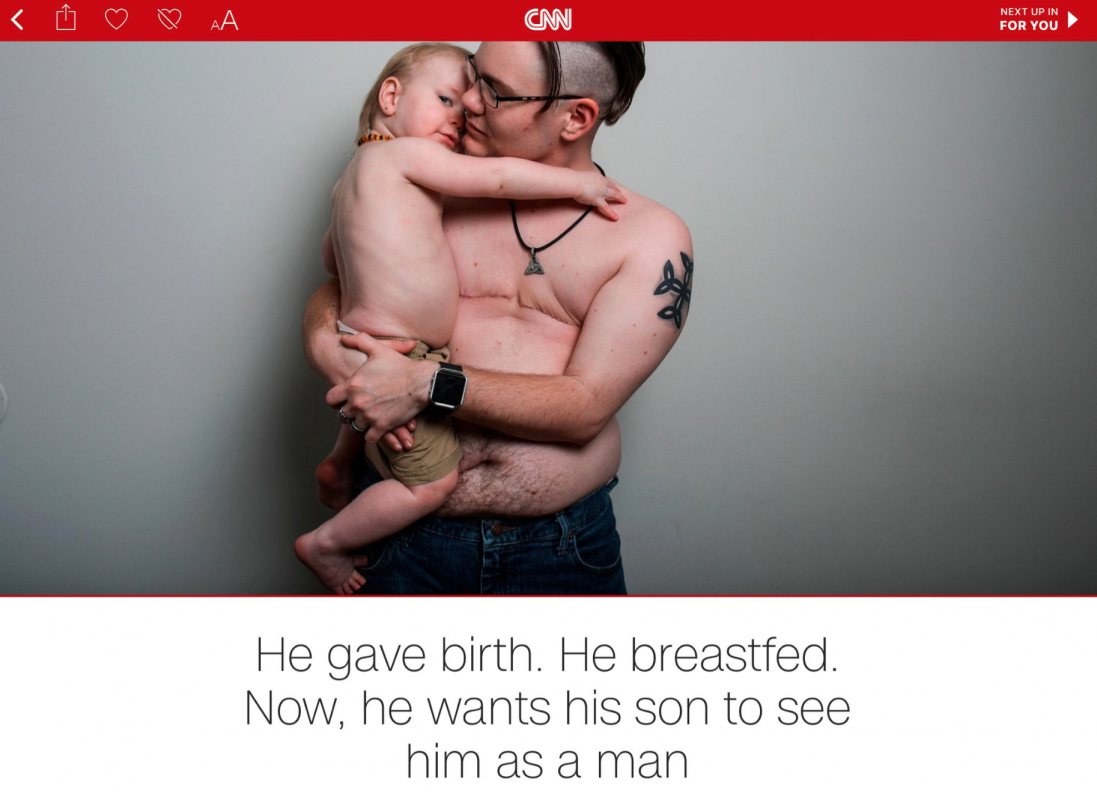 The piece focuses on a 24-year-old transgender man (born a woman) named Sabastian who – stay with me – married a man who identifies as a woman. They had the biological material to make a baby, so they did – despite their both identifying as the opposite gender.

CNN reports the couple struggled because getting pregnant was “incompatible” to how they saw their opposite gender roles, and they’ve struggled to feel normal and accepted ever since. Now, they’re worried that having transgender parents will have a negative affect on their son and how he’s treated in the world.

And here’s how the piece introduces all this:

Like many new dads, Sabastion Sparks knew parenting would come with serious challenges.

But most new dads didn't give birth to their child. They didn't breastfeed them. And they don't endure glares from strangers when they go shopping with their wife and their toddler son.

Let me explain why that is, CNN. You seem to be riding the struggle bus today.

See, it’s because this “guy”? Isn’t a guy. He’s a she. And she was born with XX chromo—sorry, big words. She was born with lady DNA. Not guy DNA. So she naturally developed lady bits that were then used in procreation, resulting in a baby.

She then decided to chop off her external lady bits and get a bad shave-job on the side of her head so as to look less like a lady. But her DNA? Still lady DNA.

Now, that doesn’t mean she doesn’t love her son, or want him to be safe and happy and not get picked on by bullies. But it does mean she’s a mentally ill, confused person in need of some serious psychiatric help. Same goes for her partner.

“He” didn’t give birth. “He” didn’t breastfeed a baby. She did. This isn't rocket science.