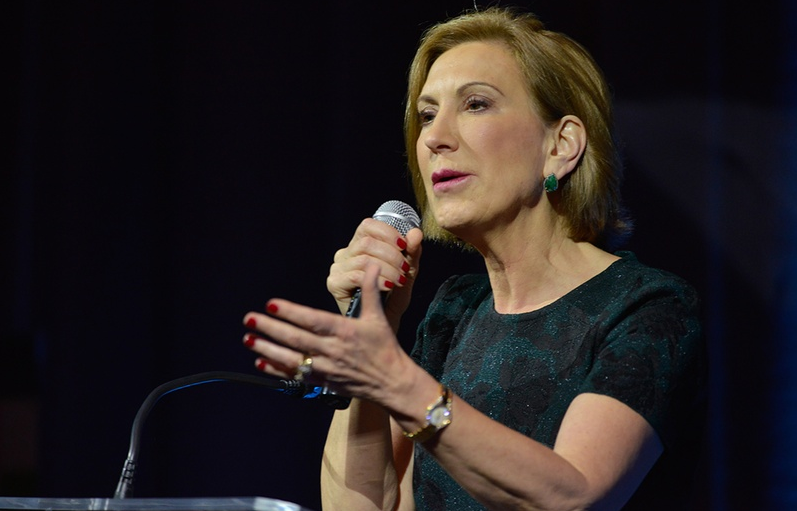 Texas Tribune reports, “About 10 minutes into Fiorina's remarks, the floor-to-ceiling curtains behind her began wobbling and seconds later collapsed onto Fiorina as well as a few other women on the stage.”

Soon after, Fiorina, uninjured, took the stage once more and continued on with her campaign pitch to a national meeting of women business owners.

“Once it was clear no one was hurt, the crowd made light of the situation, some joking about Fiorina ‘bringing down the house,’” writes Texas Tribune.

The forward collapse of several heavy, 18-foot-tall, floor-to-ceiling stage curtains didn’t seem to faze Fiorina in the slightest from doing her job.

Watch the crazy video below.

And the stage just collapsed on @CarlyFiorina in San Antonio. Everyone appears OK. pic.twitter.com/PFzWtui4ks

According to a reporter on the scene at the time of the incident, a member of the audience yelled out, “Trump!” after the curtains fell.