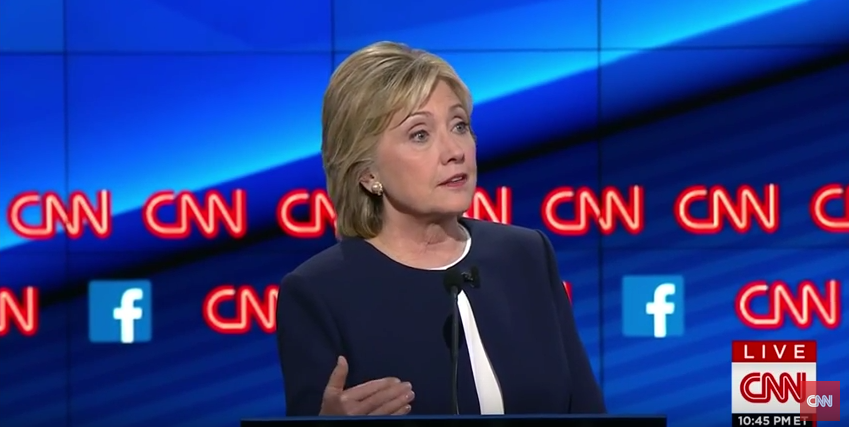 During the first round of debates in Las Vegas on Tuesday, Democratic presidential candidate Hillary Clinton refused to take a position on the legalization of recreational marijuana.

“When asked about legalizing recreational marijuana, you said let’s wait and see how it plays out in Colorado and Washington. It’s been more than a year since you said that. Are you ready to take a position tonight?” CNN debate panelist Juan Carlos Lopez asked.

“No,” Clinton replied. “I think that we have the opportunity through the states that are pursuing recreational marijuana to find out a lot more than we know today.”

The former secretary of state went on to say that she does support medical marijuana and awaits more research on the topic.

Clinton quickly pivoted the discussion to drug arrests, providing the same opinion as fellow contender Sen. Bernie Sanders (D-Vt.) that “we have got to stop imprisoning people who use marijuana" recreationally.

Listen to her answer in the short video clip below.