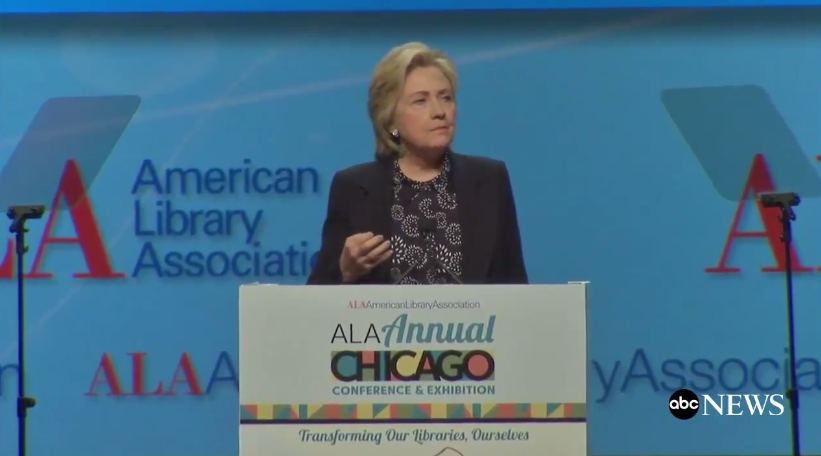 While speaking at the American Library Association’s annual conference, Clinton said, "Years of data suggest that reading fiction builds empathy. It helps us put ourselves in others’ shoes. One study even found that young people who read the ‘Harry Potter’ books, which first came out 20 years ago this week, were more compassionate toward immigrants, refugees, and members of the LGBT community.”

According to Yahoo! News, Clinton was referencing a 2014 study that compared the attitudes of children who read “Harry Potter” segments dealing with prejudice and regular “Harry Potter” magic. The study found the students who read the parts of the book dealing with prejudice felt “warmer feelings towards international students.” When the study was allegedly tried with teenagers and adults, they felt more empathy with gays and refugees.

“Harry Potter” references have been popping up daily in response to the election of President Trump and the “resistance” movement.

Clinton has also made other hot topic pop culture references recently, such as comparing herself to Wonder Woman.