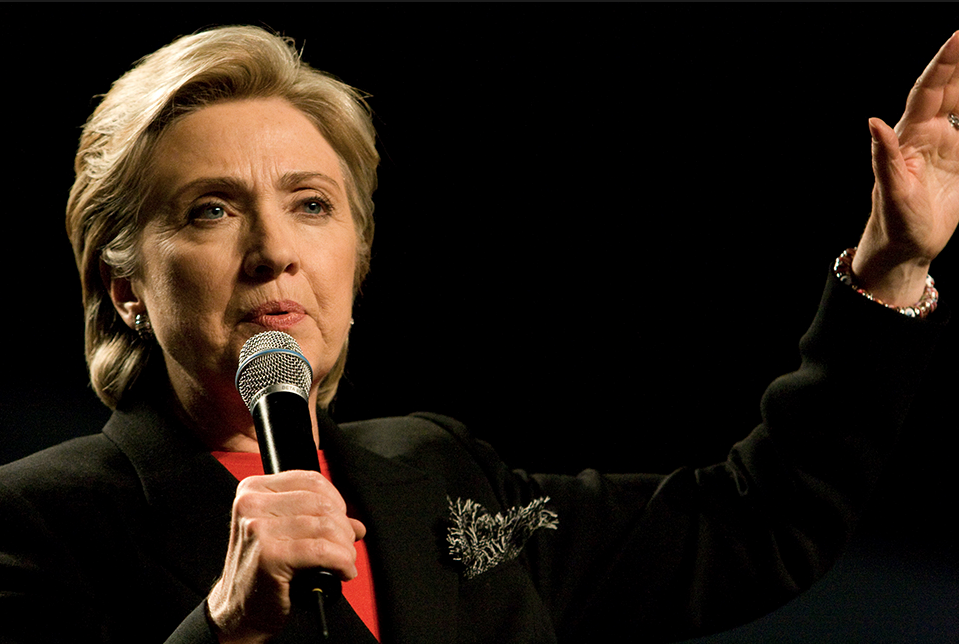 In order to entice college students to intern at Hillary Clinton’s swanky Brooklyn campaign headquarters for no pay, the Clinton campaign promised “free coffee” and “great views” along with “the chance to make history.”

The Clinton campaign sent out a tweet yesterday with a link describing the perks of interning at Clinton’s NYC headquarters: 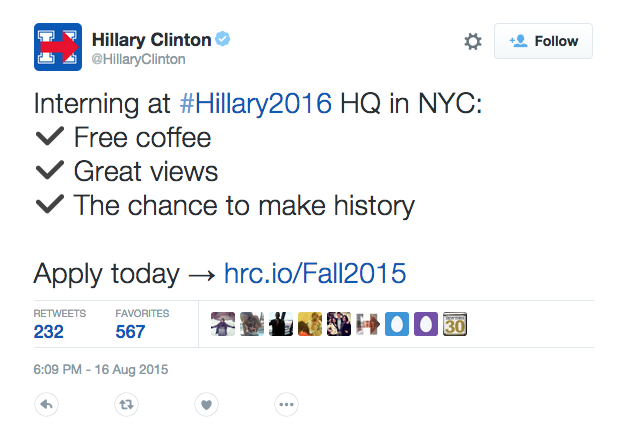 Certify that he/she will not accept compensation from any outside organization (including college or university funds) for participating in the HFA Internship Program.”

In addition to agreeing not to accept outside compensation for the internship, the campaign website notes, “HFA is an unpaid internship program.”

Clinton recently came under fire for not paying her interns. In an op-ed on USA Today, a prospective Clinton intern detailed how she had to turn down her dream internship because Clinton's lack of pay for interns is contributing to an “exploitative system.”

As a result of the unpaid internship dilemma coming to light, Clinton decided to pay eight of her formerly unpaid interns—after they were designated as field staffers.